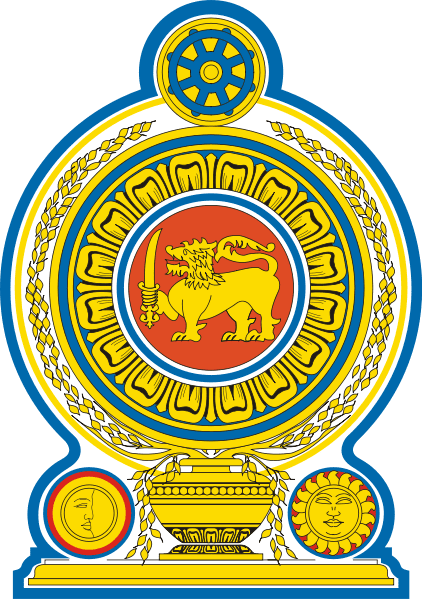 The development of Constitutional government began in 1802, when the British made Ceylon a Crown Colony. Ceylon was taken over by the British in 1796 on a request by the King of Holland. He had run away to England when a French army invaded Holland after the French Revolution of 1789. The French set up a Republic together with the people of Holland who shared their ideas.

The British did as the Dutch King wanted because they were frightened of the Dutch governor in Ceylon supporting the Dutch Republic and therefore the French government. In that case the land the British owned in India would also be in danger.

The Dutch government in Ceylon obeyed the Dutch Republic but the British army easily took control. For the next few years they governed Ceylon as a possession of war, but in 1802 there was a Peace Treaty (known as the Treaty of Amiens), which allowed the British to keep Ceylon.

Formal arrangements to govern Ceylon began in 1801, with instructions that were sent to Fredrick North, the Governor and Commander–in-Chief in Ceylon. These instructions gave him Executive powers (that is, the power to govern), and also Legislative power (that is, the power to make laws), subject to revision in London. However, he was advised also to form a council for consultation. So it could be said that laws were passed, not by the Governor alone, but by the Governor-in-Council.

The council was to be selected from people the Governor would naturally consult. It was suggested that there should be no voting, but opinions and disagreement could be minuted. North set up a Council of just three, that is the Chief Justice, the Commander of the Army and the Chief Secretary.

In 1815, with the support of some Kandyan nobles who disliked the King of Kandy, the British captured Kandy. At first they governed those areas separately, but after 1833 the whole country was treated as one unit, divided into 5 Provinces for administrative convenience.

This change came with the recommendations of the Colebrooke-Cameron Commission, which also created an Executive Council to advise and assist the Governor. This Council was made up of 8 senior officials in addition to the Governor.

The Legislative Council rarely challenged the Governor, but at one stage the Unofficial Members tried to reduce military spending in the island, and have some control over the finances. This movement was led by an English merchant named George Wall, and by one of the most talented Ceylonese that the colony had produced up to that time, James d’Alwis. It was mainly because of them that in 1864 a motion was carried in the Legislative Council to criticize the mis-spending of revenues. This is a rare instance of a government in a Colonial Legislature suffering defeat.

It should be noted that the representatives of each community were appointed by the Governor. So, though in theory they were independent, he could not reappoint them. This did not prevent the Europeans and the Burghers opposing him, since those communities felt strongly as a whole about particular issues. So the representatives had truly to be representatives, and they spoke on behalf of those they represented. Later in the century even the Tamil and Muslim representatives often spoke out. The Sinhalese representatives however, who were usually appointed from one particular family, normally supported the British Governor. The exception to this was James d’Alwis, perhaps because he was a poor relation of that family. So he could better represent the people in general, and is the only Sinhalese in the 19th century Legislative Council who did as much for the country as say the Ponnambalam family who represented the Tamils.