Ceylon got full self-government in 1947. That meant a Cabinet which depended on a majority in Parliament, to which the Cabinet was responsible since Parliament represented the people. This came through what is known as the Soulbury Constitution.

When discussions were being held with Lord Soulbury and the other Commissioners sent out by the British Government, the Tamils were worried and asked for representation for the minorities at a total level equal to that of the Sinhalese. This was to prevent attempts at domination by the majority. This request was rejected by the Commissioners but, with the agreement of the Sinhalese politicians, they entrenched an Article that was supposed to ensure that state being given independence would not be partisan and favour one particular group . 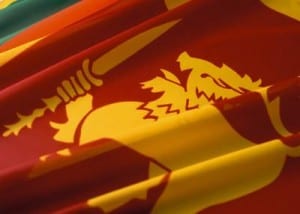 So Ceylon got Cabinet Government but the party system was still not developed. So, after the first election, held in 1947, there was no clear majority. The Ceylon National Congress, led by DS Senanayake, had combined with the Sinhala Maha Sabha, led by SWRD Bandaranaike, to form the United National Party, but they needed the support of several independents as well as Tamil politicians to form a government. The first Cabinet then included many different personalities, who worked together fairly efficiently. The biggest party in the opposition was the Lanka Sama Samaja Party, a Trotskyist group, and its leader NM Perera was Leader of the Opposition.

By the time of the next election however, the party system had begun to establish itself. Bandaranaike left the UNP, in part because it was clear its traditional leaders did not want him to succeed DS Senanayake. In fact when Senanayake died it was his son Dudley who was asked to form a government by the Governor General (who was Lord Soulbury, appointed by the King on the recommendation of DS Senanayake as Prime Minister). In the General Election that followed, in 1952, Dudley Senanayake’s UNP won a majority and was able on its own to form a government, which included Tamils who had by then joined the UNP. Bandaranaike was Leader of the Opposition, since the Sri Lanka Freedom Party he had set up had won the next highest number of seats.

In 1953 Dudley Senanayake resigned, and was replaced by John Kotalawela. The election that followed was marred by communal tensions. Bandaranaike had promised to make Sinhalese the official language of the country and the UNP, having at first been doubtful, also adopted this slogan. The original purpose had been to replace English, but during the election campaign the political propaganda became anti-Tamil. This in turn led to Tamil votes going to the Federal Party, that wanted some self-government for the regions.

Bandaranaike won the election of 1956 as head of a coalition of parties known as the Mahajana Eksath Peramuna. Though he went ahead with making Sinhala the official language, he negotiated with the leader of the FP, SJV Chelvanayakam, to introduce regional self-government. However their proposals were forcefully opposed by the UNP, now under JR Jayewardene, as well as sections of the SLFP, and so had to be dropped. The Tamils continued to feel upset, and frightened too, as there had been communal riots in Colombo in 1958 in which they suffered badly.

Bandaranaike was assassinated in 1959 because of a conspiracy led by the Chief Monk of the Kelaniya Rajamahaviharaya, though the reasons were probably more financial than political. After an indecisive election in March 1960, his widow Sirima Bandaranaike became Prime Minister as head of the SLFP after another election in July 1960. Some agreements were reached with Tamil parties on some issues, but by and large the differences continued.

Mrs Bandaranaike’s first government was characterized by the statist form of socialism advocated by pre-war British intellectuals at a time when many of those who were later to lead independence movements in the colonies were being educated in Britain. A thorough programme of nationalization was therefore begun, of a variety of concerns that ranged from petroleum to schools and newspapers. State controls of course fitted in with the colonial culture whereby all decisions came through centralized control. So this period saw a massive increase in the power of the bureaucracy.

In 1964 the Trotskyists too joined the government, but at this point some members of the SLFP left and the government was defeated in Paliament. After the election that followed the UNP, led once again by Dudley Senanayake, formed a government with support from some Tamil and other parties. Senanayake’s attempt to introduce District Councils however, in accordance with his agreement with Chelvanayakam, was defeated, again because of hostility in his own party as well as from the opposition parties. Amongst those from the UNP who campaigned nationally against the proposal was Cyril Mathew, who had been a close associate of JR Jayewardene when he built up the UNP after its crashing electoral defeat in 1956.

In 1970 the SLFP came to power again, winning the election with a massive majority. This allowed it to change the Constitution, for which a 2/3rds majority was required. However, as announced in its manifesto, it set up a Constituent Assembly. Unfortunately, instead of trying to seek consensus with the opposition parties, it went ahead with its own plans, formulated largely by the Trotskyist Minister of Constitutional Affairs, Colvin R de Silva. The Dominion of Ceylon became the Republic of Sri Lanka, with the Governor General, William Gopallawa, becoming the first President.

In addition to getting rid of Article 29, a major feature of the new Constitution was the assertion that Parliament was supreme. Traditionally, as countries develop constitutionally, they introduce safeguards against absolute power. One of these is maintaining a separation of powers, whereby the Legislative, the Executive and the Judiciary can act as checks upon each other. Thus even in a Parliamentary system, where the Cabinet is in theory fully dependent on Parliament, and where in practice a majority in Parliament often simply supports Cabinet decisions, the independence of the Judiciary is safeguarded. The 1972 Constitution however specifically states that judicial power shall be exercised by Parliament and by Courts responsible to Parliament.

All this fitted in with the centralized statism that the government professed, unfortunately at a time when it was being rejected elsewhere in the world as simply not working. Along with this went deliberate politicization of the Public Service , and even more concerted nationalization, of plantations and lands as well. Such a programme led to economic disaster, and the government was stunningly defeated in the 1977 election , with the UNP on its own winning well over a 2/3rds majority. Unfortunately, having criticized the excesses of the SLFP, the UNP proceeded to continue with many of the same features . The Presidential system consolidated power in the hands of one person. In addition, whereas other Presidential systems, as in America, provide for checks and balances through keeping Parliament as a separate institution, the 1978 Constitution combines it with aspects of the Parliamentary system. This, along with special features allowing parties to dismiss Parliamentarians, in effect made Parliament a rubber stamp for the Executive President. Again, though there was some liberalization of the economy through relaxation of controls, as much if not more of the economy continued in state hands as previously. And to emphasize the authoritarian nature of his government, Jayawardene used his 2/3rds majority, together with a rigged referendum, to extend the term of his Parliament by a further 6 years.

With this however the country exploded. Ethnic tensions had been getting worse, ever since the imposition of the 1972 Constitution which had privileged the majority still further. Other measures taken by that government had led to the emergence of what was termed a liberation movement amongst the Tamils. The 1977 election saw a sweep of Tamil areas by the Tamil United Front, but their negotiations with the government proved fruitless . Since the postponement of elections destroyed hope of progress through democratic means, by 1983 terrorists groups had become dominant.

The activities of the terrorists, combined with pressure from India, forced Jayewardene to make some constitutional changes in 1987. Provincial Councils were established, but these had limited powers. In any case it was clear from the agreement Jayewardene signed with India that his main concern was to satisfy its government rather than promote constitutional reform to satisfy requirements in the country. The measures he took contributed to further tensions, made worse by his loose talk about holding further referendums and postponing elections.

Following the 1988/89 Presidential and Parliamentary elections however, meddling with the Constitution stopped, and the Judiciary, though still officially subject to Parliament, was treated with some respect in that appointments were made on the basis of seniority rather than what had seemed political convenience. The ethnic issue however continues to cause problems, and clearly some constitutional changes are necessary. Indeed the government elected in 1994 promised both to abolish the Presidential system and to introduce constitutional changes that would satisfy minority grievances. However, there were delays in introducing changes, which raised doubts about the seriousness of its commitment.