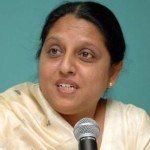 Retruning back from Nedunkerni and Mulathivu soon after an election monitoring physical exercise today I was horrified to see two huge armed automobiles and automobiles carrying soldiers near the Kelaniya bridge. Eventhough I could have avoided the pay a visit to the message I received challenged me as a human rights defender to be present with the people as they exercised their correct to vote. On the otherhand I am glad that the check out now compelled me to share with the Sri Lankan citizens who will be certainly celebrating one more victory the huge political challenge ahead of us.

Monitoring elections is tiring if we take a political vision into this procedure. As a member of Mothers and Daughters of Lanka I agreed to be involved in monitoring realising the challenge that this the approach is intrisically linked to voter education and literacy on democracy. I am also glad that the approach we initiated during the Northern Provincial Council Election has now paved the way to develop neighborhood primarily based interactions for reconcilitation bnetween Sinhala and Tamil ladies. For us this vote was critical since this extremely interaction was frequently disrupted in the atmosphere of surveillance nurtured by the Gotabaya regime.

We seasoned that the space to conduct a free and fair election has been completely eroded beyond democratic norms. There is credible evidence to indicate that the Mahinda regime employed Executive powerwhich instigated worry in our society.

From all the reported election associated violence and violations, we saw the blatant manner in which executive powers were utilised in favour of a single candidate. That is Mahinda Rajapaksa. From the use of state resources to the inaction of the neighborhood police to remove illegal banners and cutouts, the political violence unleashed against the joint opposition rallies, attack on opposition leaders and their election propaganda offices clearly demonstrated that our get in touch with to hold cost-free and fair elections was totally rejected and ignored. For the duration of the previous couple of weeks our members in numerous districts continued to share details connected to the violations and violence which are now effectively know and published in the media. I believe that election monitoring is not a procedure which is restricted to tabulating violence and violations. Monitoring should also play an essential role in facilitating a level playing field crucial to holding cost-free and fair elections. Our very first expertise in election monitoring was gained in 1994 when we as members of MDL participated in monitoring the then Presidnetial Election which was also marred with violence and intimidation. It is unfortunate that we see the identical violent trends and the use of executive powers sustained and continued over 20 years in our nation. As citizen’s we have not been capable to effectively address the use of state sources , election violence and breaking of election laws over the previous three decades.

It is ironical that a nation and a leadership which boasted of ending terrorism and terrorism connected violence was not been capable to produce mechanisms and a culture which respect the freedom to physical exercise 1 of the basic democratic rights – the appropriate to use our vote in a free and fair manner. We saw how the military was used in the course of the Northern Provincial Council for election campaigns. The same fear continued these days which produced me rush to Vanni.

As I toured Vanni meeting ladies the election even though remaining unreal to them posed challenges to me. Some ladies told me that the Sinhala leaders have not looked after them. They also told us that this vote is a reflection of the need to have to live freely in the North. I was informed with tears in their eyes that the samurdhi receipients were named to the office at Nedunkerni with the promise of some funds. Females have come leaving all their other tasks some even borrowing cash to travel. As officials were not capable to continue with the discussion as the crowd was dispersed by the District Secretary the females had to go back residence with nothing at all in their hand. This brought pain to them.

Receipients of Samurdhi who are the poorest of the poor were herded to attend the rallies of Mahinda Rajapaksa the candidate. They had no choice. Fearing that their only indicates of survival would be removed from them the ladies went. Eventhough on the day of the election we declare that `it has been peacefully concluded’ lot of work goes into make certain such an environment. This situation is regretable given that democratic norms and practices are not respected as a organic norm in our nation. Both regional and international civil society has to preserve on reminding the Sri Lankan Executive that there are obligations and duties associated to making certain democratic norms. Under Mahinda regime the scenario has worsened with the state and government combining create a an authocracy to control the grass-roots .

The smaller units of political powers in the village which is named our voter constitutency is fully controlled by the Executive. The leader of the Pradeshiya Sabaha, the neighborhood authority who is a UPFA supporter becoming a thug, a particular person connected to the underworld and closely involved with the member of Parliament is wielding his/her power in the electorate. All appointments and rewards are designed and defined to maintain the poorest of the poor beneath the handle of the political authroity and their political power, the correct to vote is in the grips of the executive. Consequently directoves issued by the can be ignored and rejected. Eventhough he managed to stop couple of incidents related to distribution of `gifts’ during the election period the Commissioner could not manage the whole approach.

We as civil society continued to campaign for the estbalishment of an independent election commission following yje Indian example and the introduction of an electronic voting system. Sadly Sri Lanka has failed to take good lessons from it is neigbour in South Asia. Our efforts will have to be strengthened for the future. The forces who pledged a alter promised a transformation of the existing political culture. I have seen `this hope’ as individuals came to vote in the North.

The vote is an indication that the campaign for democracy, reconciliation and demilitarisation has emerged victorious. But we have a tremendous challenge. I am compelled to say that the North has voted for adjust. It is our duty to deliver the freedom for the people. The females in the North who are tillers of the land want their rights. Their faces and tears once once more reminded me of the distinction among my reality and their life experiences. The huge distinction of votes among the swan and the beetle leaf in the Tamil homeland has to be understood appropriately. Sinhala political leader who are going to lead this country towards changhe has been trusted by them to take them towards this new future. I hope and pray we will not let them down.

I salute the citizen’s of Sri Lanka for igniting their conscience soon after numerous years.