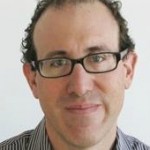 The Committee to Protect Journalists is concerned about press accreditation procedures for the Commonwealth Heads of Government Meeting that will be held in Colombo, Sri Lanka, in November. At past meetings, the Commonwealth’s Communications and Public Affairs Division has been responsible for issuing permission to journalists to attend the meeting. And, as you know, the visa application process will soon be under way.

But press reports from Colombo have indicated that the Sri Lankan government intends to enforce stringent background checks on any foreign journalists covering the meeting, with the apparent intention of denying them permission to enter the country. A document recently released by the Sri Lankan government said that the authorities reserve the right to “exclude any person … and impose additional conditions of entry to Sri Lanka … regardless of whether or not that person is accredited.”

Journalists will be issued accreditation by a task force, which is a division of the Sri Lankan Ministry of External Affairs. The ministry has stated that credentials may be “withdrawn, suspended, or deactivated for any reason at any time.”

Ceylon Today reported that on Saturday, Media Minister Keheliya Rambukwella said authorities would be “cautious about who is coming” because some journalists have attempted to tarnish the country’s image under the “pretext of media freedom” and that they were a threat to the “national security of the country” and would be scrutinized before they are issued visas.

You are well aware, of course, of Sri Lanka’s abysmal press freedom record and the high level of impunity for those who attack or kill journalists. Even though the number of deaths under the current government has subsided, many Sri Lankan journalists have told us of continuing intimidation, and many admit to self-censoring their work in order to not fall afoul of the authorities. Others have told us of coming under threat because of their ethnicity.

Secretary-General Sharma, you have resisted calls for the Commonwealth to change the venue of the November meeting. You said in a June 29 letter published in the Sri Lankan Daily Mirror that the question for the international community was whether to criticize the lack of progress in Sri Lanka from afar or to make a practical difference. The paper quoted you as saying that the Commonwealth had opted for the latter option. You said, “We are active in Sri Lanka in advancing Commonwealth values, including human rights, the media, the judiciary and building mutual respect and understanding in communities.”

While we understand the value of engagement, if the Commonwealth cannot assert its own authority in asking for full media access to such an international event, the future for positive engagement looks bleak.

We ask you to ensure that the Sri Lankan government, which is widely known for its aggressive anti-press stance, does not prohibit access to foreign and local journalists who seek to cover the events surrounding the Commonwealth Heads of Government Meeting. Such an effort on your part would go far to show your commitment to advancing Commonwealth values of media freedom.