In what seems to be a move to buy further time even right after numerous weeks have passed because Colombo Telegraph published allegations of severe fraud, the Centre for Policy Alternatives claims that the authenticity of the relevant documents is getting verified.

&#8220An independent verification of all vouchers and documents in CPA’s possession relating to the allegations created against the organization is underway.&#8221 says the Centre for Policy Alternatives. 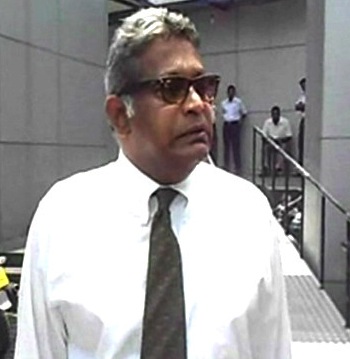 &#8220CPA will release a statement when this has been completed.&#8221 under the headline &#8220Allegations on Colombo Telegraph internet site: Update&#8221 the CPA web site further mentioned right now.

On October 10th Colombo Telegraph exposed numerous financial malpractices in the CPA. The CPA, in its official web site, referring to this exposé, on the some day announced that its Executive Director, Dr Paikiasothy Saravanamuttu was away and that a response would be provided ‘in two weeks’. Dr Saravanamuttu returned to Sri Lanka on the 17th. The self-imposed deadline expired on 24th October.

On October 10th, primarily based on CPA documents in our possession, Colombo Telegraph accused the CPA of billing for un-held workshops, engaging in double billing,’ i.e receiving grants from two donors to do the same job and duplicating receipts, hotel bills and other bills to submit to donors (maybe even submitting very same bills to multiple donors), and hoodwinking donors by filing expenses below protected expense columns.

Colombo Telegraph initial asked the CPA to respond to specific questions based on our investigations on 8th of June, 2014.  The CPA, after exchanging a few emails lastly mentioned: “We think about additional communication with you futile and reiterate our position that these allegations are clearly mala fide’.”

We responded as follows:

“It is of course your prerogative to communicate or refuse to do so, but there are troubling queries that remain.

“Can you inform us which of our allegations are mala fide?

“Can you tell us regardless of whether the CPA and the International Federation of Journalists with each other have submitted proposals to UNESCO and EU to do a “Public Service Broadcasting” campaign/education or not?

“If “yes” can you inform us what workshops had been, for whom and where they were held?

How several workshops have been held making use of UNESCO funding and how numerous workshops under EU funding?

“Since both EU and UNESCO funded workshops and particular activities, can tell us how significantly monies have been offered by each funders?

“Contrary to your claim that the “CPA paid the Galle Face Hotel liquor bill”, Sasha Ekanayake (the Unit coordinator at that time) mentioned CPA submitted a bill to EU as drinks and food “Since (we) can not charge liquor, the CPA submitted a different bill to CPA”. This means the CPA got a diverse bill from Galle Face Hotel alternatively of submitting the original bill (a copy of which I sent to you).  Would you agree?

“As we mentioned prior to it is not our duty to offer you documents. As you have implied in your last e-mail, you have access to organization’s document so please check them.

“But do not assume that we do not have documents, we have all narrative reports which CPA submitted to the donors or a file of original bills, which the CPA did not submit to the donors.

“Just so you know, all documents are genuine and we can prove this if necessary.”

These are questions and comments that are primarily based on damning documentary evidence in the possession of the Colombo Telegraph. The Colombo Telegraph finds it appalling that a strong advocate of checks and balances, accountability and transparency such as the CPA remains silent on the allegations.

CPA Hattotuwa Must Answer As an alternative Of Dodging And Misleading