Contrary to what Sri Lanka’s President Maithripala Sirisena boasts concerning his published official stance that he is operating towards ethnic and religious harmony, the principal page slider of the official web site of the President only carries 4 photographs of him posing with Buddhist monks providing far more meaning that he himself supports Buddhist supremacy.

Also the cover web page of his official Facebook page highlights him posing in a photograph surrounded by a group of nine Buddhist Monks.

While talking about peace and reconciliation the President appears to be promoting the Sinhala Buddhist supremacy by way of even his Facebook page exactly where he is further pictured with Buddhist monks.

What is startling even further is that the photograph containing him in the Presidential official internet web page carries a cropped version of the national flag where the photograph of the symbol of the lion takes center stage cutting off all other ethnic groups. The image of the lion in the national flag of Sri Lanka carrying a sword represents the Sinhalese ethnicity and the bravery of the Sinhalese nation. 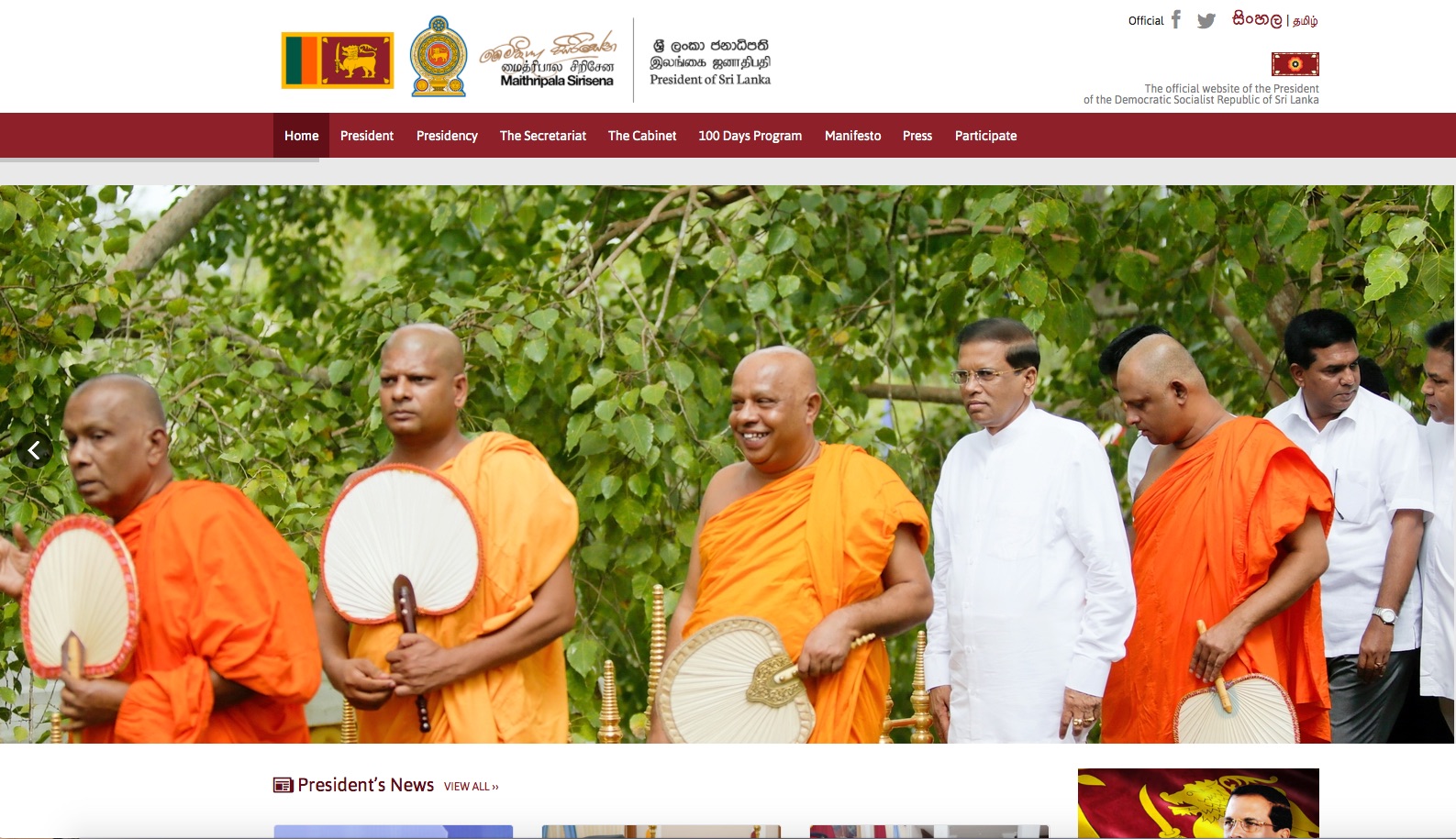 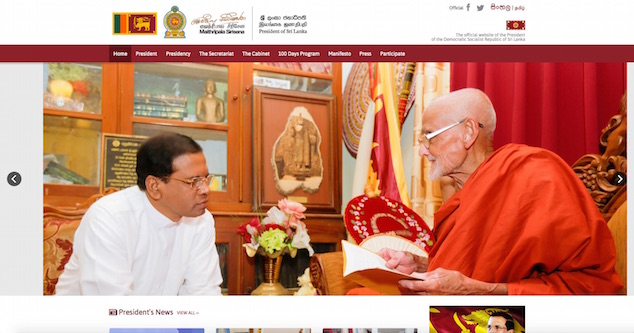 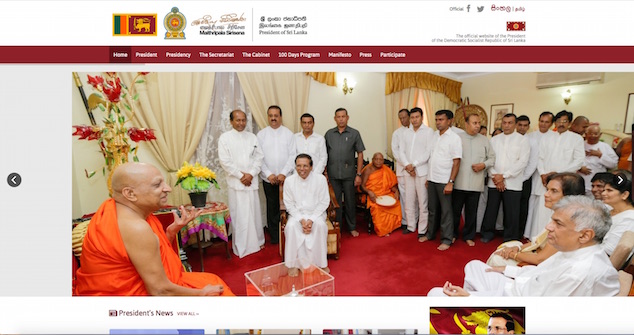 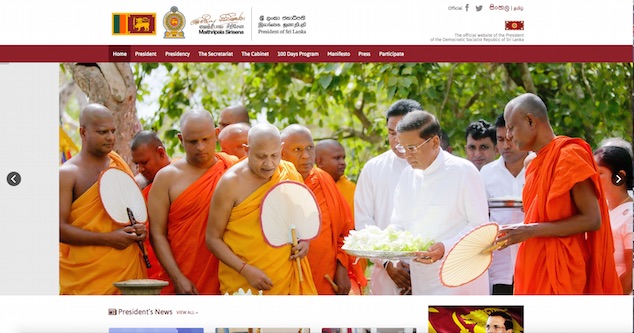 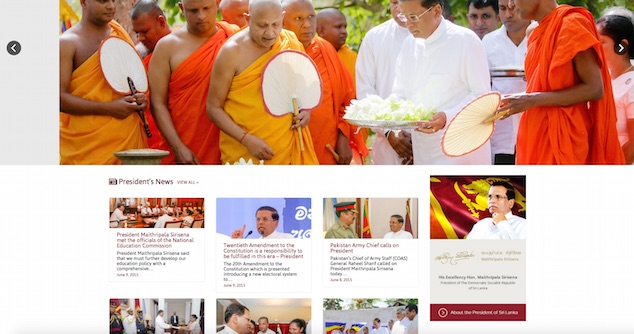