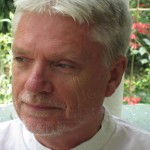 There are in Sri Lanka two main websites which give the opportunity for members of the reading public to participate in debate. Both publish high quality articles by distinguished contributors which shed light on many issues relating to Sri Lanka. Very often, great enlightenment is to be gained from a reading of the exchanges in the comment threads.

Commenters are allowed to participate using pseudonyms. Many claim that they must use false names because they fear for their own safety or the safety of their families. Many use the cloak of pseudonymity as license for frivolity or vicious abuse.

The guidelines of Groundviews state: “The tone we seek in our online discussions is closer to the kind of collegial exchange you’d share with someone from your workplace, group of friends or home. That means focusing on the substance of arguments as opposed to their presenters. It also means avoiding insults and other forms of ad hominem comments…”
They say they will not tolerate: “comments that are off topic, defamatory, abusive, threatening or an invasion of privacy”.

I recently posted an article on Groundviews.

My main theme was the depressing nature of comments on what seemed to be a well-intentioned initiative by the Marga Institute. “Why should a plea for atonement, remembrance, mourning, accountability, reconciliation be met with anger? The Marga Institute itself was smeared, without any substantiating evidence, with being ‘sleazy’ government apologists.” I mentioned that Rwanda had achieved some measure of reconciliation, through, among other things, suppressing hate speech. However, I concluded: “Vicious verbal battles similar to those on Groundviews and Colombo Telegraph between Tamil separatists and Sinhala chauvinists would not be allowed in Rwanda. Censorship for the maintenance of ethnic harmony is a quagmire. It should not be tried in Sri Lanka whatever happens in Rwanda.”

The very first comment revealed that my real name is Michael O’Leary. Several commenters who persistently attack me pounced on this “revelation”. “A man with multiple identities hiding behind multiple names!”
I asked GV editor Sanjana Hattotuwa about this. “I cannot recall when you asked me to keep it secret?” In a more recent e-mail, he seemed to be saying that, as I had made no secret of my real name in correspondence with him and others, and as others had subsequently commented on Groundviews “that your multiple identities are in fact well publicized on the web through your own blog”, it was perfectly legitimate to “out” me. Notice the smear implicit in “multiple identities”. I write under two names. My identity is consistent.

Sanjana clearly knows how to get in touch with me when it suits him. Would it have been so difficult for him to send me a message saying: “I have just received a comment which mentions your real name. How do you feel about that?”

Whatever about the ethics of “revealing” my “real” identity, my identity had nothing to do with the topic under discussion. At the last count there were 35 comments. Not a single one dealt with the subject matter of my article.

Comments continue to be made. However, two comments that I was informed about privately have still not appeared. The first was from someone I have met in real life. The second was from someone I have only encountered through comment threads. This is what the latter said: “I left a comment on GV asking why these people commenting under pseudonyms want you shut out from GV when they really don’t mind reading Veluppillai Thangavelu, Usha S Sri-Skanda-Rajah, E A V Naganathan, etc.

However, the comment got moderated out! Seems Sanjana Hattotuwa doesn’t want me questioning the hypocrisy and intolerance of “Dev”, “J Fernando”, “Pubudu”, “Inoka Karu”, etc. My comment was not slander, not racist, not irrelevant and so on. It was just two sentences of very good English! Anyways, I have little trust in men like Sanjana and Uvindu. I don’t think they practice the ideals they preach. I think they too seek power but not for the people they claim to speak for but for themselves. Please do keep writing.” Sanjana’s response was: “Given the sheer amount of comment spam the site gets daily (a common problem on the web, and unrelated to any specific individual), I cannot and do not check the Spam folder anymore. Legit comments do end up as tagged as Spam, for any number of technical reasons (e.g. the most common being an IP addressed associated with Spam. This does not mean said individual is a spammer, rather, that the IP range – which could be an office or even an internet service provider – has a history of originating spam comments).”

I leave it to readers to interpret that.

I told Sanjana, that I no longer wanted anything to do with Groundviews. However, I felt that I needed to rebut the slurs against my integrity. “Allow me a valedictory coda. Most of the commenters here do not discuss the article but engage in ad hominem attacks. This nicely illustrates the point I am trying to get across.”

Sanjana’s reaction to this was: “‘For someone who petulantly said he was ‘finished with Groundviews’ is there any reason to publish your comment?’” I said I felt I had the right to a final reply. He responded: “I see no reason to at all. You unilaterally and unequivocally said you are finished with Groundviews. The matter ends there for me. The web’s an open place – and you can follow the example of so many others over seven years and choose to raise your concerns in other web fora and channels. Good night and good luck”.  There is a very important distinction between me saying I do not intend to write for Groundviews anymore and Groundviews continuing to allow hostile off-topic comments while denying me the right of reply. The latter is censorship.
A distinguished person reacted to this fiasco by saying: “It is a sad day for Sri Lanka when a civil libertarian and crusading agency decides to display pique, throw away etiquette and gag arguments that do not suit its leanings.”

*The Nation is aware that both GV and CT are considered ‘controversial’ websites which tend to favor commentary by those who are regarded by some, especially those branded as ‘nationalists’ by the operators of the two sites, as being ‘traitors’ and ‘regime-haters’.  However, The Nation is of the view that argument should be bested by arguments.  The Nation futher believes that it is erroneous to adopt a ‘black-white’ position on anything.  While there are websites that are one-sided, these are found on both sides of the broad political divide.  While Sanjana Hattotuwa has contributed views for The Nation, we have used material mined off Wikileaks by Uvindu Kurukulasuriya.  The ‘multiple identities’ is not an issue for us.  We focus on content first, author later, if at all.