Dr Ajith C S Perera, in his post ‘Access to Justice : Constitutional Protection for All’ succinctly encapsulate the wide variety of troubles faced by persons living with disabilities in Sri Lanka. His emphasis is ‘access’ of all forms, not just to the constructed atmosphere but to the whole social, political and legal fabric of the country. This is not the initial time Dr Perera wrote about access. He being the only Disability Rights Activist in Sri Lanka to method mainstream print media in writing critical pieces on the want for recognising the huge percentage of persons with disabilities in Sri Lanka continues to campaign difficult .

Much less than four days after we study Dr Perera’s post, a news item seems in a neighborhood newspaper on the discrimination faced by a student with a disability in one particular of the top Girls’ Schools in Colombo, which is followed by however one more article in Colombo Telegraph relating to the issues faced by a traveller with a disability.

It is sad that a youngster with a disability, be it in a major school or not, has to fight for her rights although the School Principal apparently stated that they can not make adjustments ‘just for 1 student’. What would that Principal expect that ‘one child’ to do, exactly where does she anticipate the child to go, if she is not accepted by her personal college? Do we know how many tiny girls and boys in this country are shut out of education in this way? Do we know that physical infrastructure, most of the time, is not the only situation they face? Do we know how significantly we are burdening the families of those youngsters and the society in turn, by not delivering them the chance to be productive members of society?

This is just one story, one aspect. Disability cuts across all dimensions of society, disability could influence any one of us at any offered time. Disability in its numerous types, come to us in our old age. But, we , as a society, look at disability as the abnormality or the impossibility. Our ‘normal’, ‘perfect’ human selves look at persons with disabilities and feel ‘sorry’ for them, wonder what sins they committed in their previous lives to reside with a disability in this life, and heave sighs of relief that we are fortunate not to have ‘sinned’. 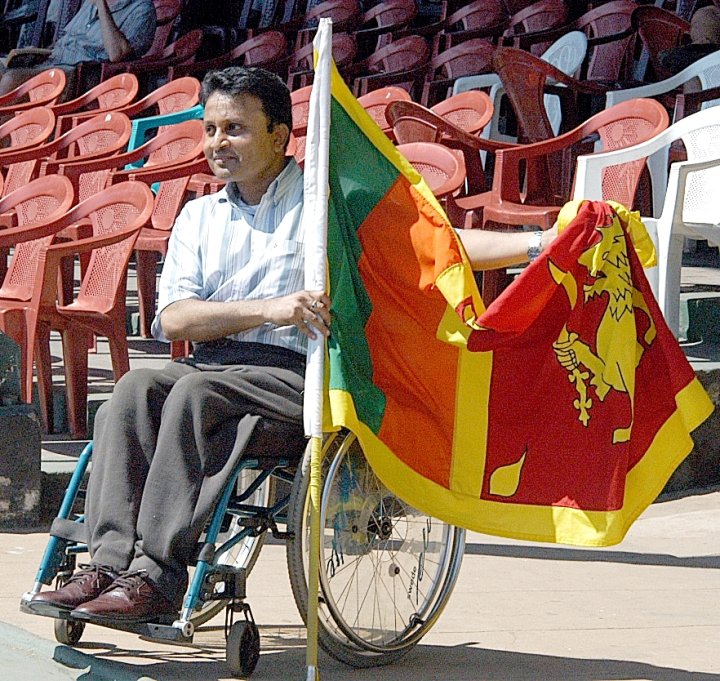 *Dr. Ajith Perera &#8211 Campaigns for the Democratic Correct for Inclusion

We take these attitudes to our governing systems, into our policy generating and into our administration. And we ignore the concerns of persons with disabilities due to the fact, to us, in all our undisputed self-proclaimed perfectness, they are only an unfortunate ‘few’.

What we, as a country are reluctant to recognize is that persons with disabilities are the biggest minority group in the nation, and provided the opportunity to be participants in our socio-financial sphere, they would make their contribution to the nation as significantly as the so-named majority would.

Let us now explore a couple of of the prominent gaps.

Gaps in our Laws

Sri Lanka was among the first countries which signed the United Nations Convention on the Rights of Persons with Disabilities (CRPD) on the quite day it was opened for signature. We enacted a law relating to disability as far back as 1996, a decade ahead of the CRPD came into getting. Possessing made such progress, we now choose to shy away from ratifying the convention and bringing in new progressive legislation in relation to disability. It is therefore worthy of locating out what trigger or causes have debilitated the aspirations of at least a million and a half (going by the government statistics) persons with disabilities living in the island.

Plainly speaking, the malady of disability rights in Sri Lanka has several tentacles the archaic disability rights legislation, the non-ratification of the CRPD and the reluctance to enact a new, progressive law.

The 1996 Act (Protection of the Rights of Persons with Disabilities Act. No. 28 of 1996), has only a fleeting mention of the ‘rights’ of the disabled and instead focuses heavily on the establishment of the National Council on Disability, its powers and functions. Professor Fiona Kumari Campbell writes that the Act, despite its pretence of being concerned with rights, severely lack in the provision of a codified statement of rights and a philosophical framework to help interpretation and generate the development of politics and law reform.

Considering that 2006, the Ministry of Social Solutions has been struggling with emerging and disappearing draft disability rights Bills. Mysterious circumstances have made a draft Bill disappear and a various version with no substantial improvements to the 1996 Act emerge. Another Bill was drafted in 2013 which again is mysteriously shelved away. Although wider, nationwide consultations had been suggested on the draft bill by particular advocates, the furthest audience it reached have been a couple of chosen consultants (which includes the author). Yet, the consultants themselves had been not informed whether their suggestions were taken into consideration or not, and as to why the drafting approach did not proceed beyond the point of receiving suggestions from them.

The ratification of the CRPD is an issue vehemently debated by particular disability rights advocates themselves. Some were of the robust opinion that the State can’t ratify the treaty unless and till the domestic law falling in line with the CRPD is enacted.

The core of the debate, according to the author’s understanding, is the vexed query of the Disability Services Authority. The Ministry of Social Solutions appears to be of the firm belief (as expressed by its officials) that the establishment of an Independent Authority will take disability out of the purview of the Ministry and that it would be detrimental to the yeoman services provided by the Ministry to the community of persons with disabilities in Sri Lanka. The members of the National Council on Disability have not voiced their opinion on this concern in the open, but it could be safely assumed that they are drastically divided among themselves on this concern.

Marginalisation within the Movement

It is sad that the majority of the outspoken members of the community of persons with disabilities are not broadly represented in the National Council and that the activities of the Council are not as transparent as it must ideally be.

It is also sad that the majority of activities of Disabled Peoples’ Organisations in Sri Lanka stay in the periphery and does not penetrate into mainstream advocacy. Even though the need for empowerment and service provision is of paramount importance, the require for progression of the movement to influence legal and political adjustments cannot be ignored. The globe has witnessed and is nonetheless witnessing the alterations that are brought about by way of mobilisation and activism. I have often heard Disability Rights Advocates say that aggressive lobbying is not the way to get factors done in Sri Lanka, and that we have to function hand in hand with the political and administrative authorities if we are to acquire good results. But somehow, this mild diplomacy does not appear to have brought a lot good adjustments in the disability sphere.

There is also a lack of solidarity and transparency within the Movement The movement wants to revamp itself, open its doors to young men and women with disabilities and supply them space to express their views. A democratic movement, open for criticism will bring in vigour and vitality. A strengthened movement will inevitably influence social progression and bring in political modify.

Our politicians still remain ignorant (at least) of the potential of the voter base of persons with disabilities and their households. If we go strictly by government statistics (2012) which state that eight.five% of the population reside with some form of a disability and assume that there are close upon a single and a half million persons with disabilities, and add one loved ones member per each individual with a disability, nevertheless the number would be at least 3 million persons. Surprisingly, our political leaders do not seem to accept this as a potential voter base.

Coupled with this disinterest and the extreme lack of access in the electoral procedure, persons with disabilities are kept away from political participation.

Our whole legal program, like the infrastructure, the courts, the judiciary and the practitioners, remain in the dark of the problems a particular person with a disability would face in accessing legal redress, as quoted at the beginning of this write-up, majority of our schools and universities are not ready to accept a child with a disability, our transport systems, our roads, our public places, regardless of current improvements, remain largely inaccessible to persons with disabilities. Moreover, the corporate sector is poorly informed of the prospective of inclusive firms. All in all, as a nation, as a society, we are totally oblivious to the challenges faced by persons with disabilities in our social and physical atmosphere.

How do we move forward?

The answers are numerous, but the primarily we require to understand that disability is not an isolated problem. It is cross-cutting, and omnipresent, it could affect any 1 of us at any offered time, temporarily or permanently. Persons with Disabilities are not ‘a few’ as many would like to think. they are ‘many’, living among us and with us. Disabilities are not ‘uncommon’ or ‘abnormal’, they are a portion of normality, a reality of life. Persons with Disabilities share the same dreams, aspirations, hopes and feelings as the non-disabled majority.

As a result, as a nation, as a society, it is essential for us to initial and foremost consider inclusion a necessity, not an choice.

*Lasanthi is an Lawyer-at-Law who is reading for her Masters in Human Rights at the University of Colombo. She is an independent consultant on disability and is a going to lecturer at the Department of Disability Studies, Faculty of Medicine, University of Ragama. She is married to Senarath Attanayake, the first and the only elected politician who has lived with a disability his whole life and also the 1st person in a wheelchair to become an Lawyer-at-Law