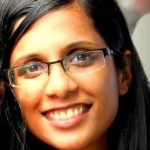 “You only lose what you cling to.” –  Lord Buddha

This piece is a response to Ms. Shenali D. Waduge’s recent article “The Existential Fears of Buddhists in Sri Lanka must be given high priority and addressed without delay” published on August 13th, in Lankaweb. Having read the article and the even more dangerous comments it gathered, I could not help myself but feel outrage at each line, or should I say each word, I had the misfortune to read.

The one and only sentence on which I agree with in Ms. Waduge’s article is when she says that “A spectre is haunting Sri Lanka”. As for the rest of the article, I could only feel disgusted at each argumentative point that was developed in it. According to the author, Sri Lanka is on the verge of getting overrun by Muslims. Sri Lanka is indeed on the verge of getting overrun but not by Muslims. The island is actually about to get overrun by ethno-religious detractors who, instead of talking in their own name, are talking in the name of both the Sinhalese and the Buddhist communities. Unfortunately, one cannot label the author, her article and its like-minded readers as ultra-nationalists or racists anymore because their so-called “existential fears” go beyond any possible form of extremism. In fact, it goes to the extent of becoming pure idiocy; a desperate behaviour that will end up labelling Sri Lanka in the worse possible manner in the eyes of the international community, with repercussions that might last for quite some time –especially among its allies in the Middle East. And, in this sensitive post-war transition, this is the last thing Sri Lanka needs right now. Not to mention that the UN HRC is to meet in Geneva next month; shifting the international focus on Sri Lanka once more before the CHOGM Summit this November.

To Ms. Waduge and her followers, I wish to say that, being a Sinhalese and a Buddhist myself, the only time I feared for survival in my beloved country was when it went through a three decade long protracted civil war. A war which tore apart communities that once used to live together, in peace and harmony. A war in which every Sri Lankan lost one of their own –irrespective of their religion or ethnicity. A war that I never want to see happen again because of the narrow-mindedness of a few. And yet, given the recent incidents and hate speeches displayed on the public sphere (especially through the media), I now fear that the peace we have all been longing for will never see the light due to idiotic and disrespectful behaviours such as the recent Grandpass incident; behaviours which I must confess are quite “brilliantly” illustrated in the irrational figures laid out throughout the said article.

In fact, before talking about Buddhism, one should perhaps start to read, learn, and may be even practice its deeper philosophy. If Ms. Waduge did so, she would know that there is no such a thing as “mine” in Buddhism. She would also know that Lord Buddha never claimed Sri Lanka, or any other country for that matter, to be a Buddhist land. Mostly, she would know that what Lord Buddha tried to preach us with much emphasize were universal values such as respect, forgiveness and above all compassion among all living beings. So before blaming other communities and religions of overrunning Buddhism, one should perhaps get his/her own communal and religious values/practices straight. That, for me, would be the most effective way to preserve ones culture, religion and traditions without harming others. But unfortunately, I also know that this perspective of mine might not change the mindset of a few in our society who suffer from an ethno-religious inferiority complex of its own.

According to the author, “The territory and space of Islam is non-negotiable and if Islam is non-negotiable what is wrong with others saying the same?” Well, despite the fact that the said statement does not speak for all our Muslims friends, what is wrong here is to assume that others’ mistakes give you the legitimacy and credibility to replicate the same mistakes. If one wishes to set up a constructive example, one should always think and behave with a stronger sense of rationality; a rationality that does not intent of fulfilling one’s own need to the detriment of others.

I do not intent to comment on the factual examples on which the author naively –or not- bases her theory. These facts, I believe, are not only distorted but also taken out of their context. Indeed, while going through these comparative facts, delivered with quite a level of distortion throughout Ms. Waduge’s article, I could not help myself but wonder how any foreign incident/attack which occurred against the Buddhist community had anything to do with Sri Lankans of Muslim religion. I personally am starting to feel tired of reading this type of idiotic comments that are doing no good to our country and certainly not to our people. Perhaps, it is time for us to mature our own thinking process and start behaving as responsible citizens; citizens who are supposed to be working on rebuilding a nation, not destroying it. Bad people are everywhere, Ms. Waduge. That’s no news to anyone. But one cannot, and should certainly not, generalize a specific mindset or incident which occurred due to the behaviour of a few to an entire community. This will only end up in wrongfully labelling the said community and wrongfully labelling ourselves at the same time.

Correct me if I am wrong but currently, Sri Lanka is facing major concerns –both internationally and nationally. Wasting our time on these idiotic matters only takes us further away from addressing the actual post-war issues faced by our country; such as: access to quality education, lack of an effective foreign policy, socio-economic development, reconciliation, restoration of trust between communities; among others.

Ms. Waduge, from a Buddhist to another Buddhist, let me end up with a quote of Lord Buddha, which I strongly invite you to meditate on: “Holding on to anger is like grasping a hot coal with the intent of throwing it at someone else; you are the one who gets burned.”