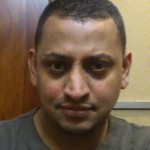 Although the Oxford dictionary defines the word ‘terrorism’ as “the unofficial or unauthorized use of violence &amp intimidation in the pursuit of political aims” and the word ‘terrorist’ as “a individual who utilizes terrorism in the pursuit of political aims”, the Merriam-Webster dictionary provides a full definition to the word ‘traitor’ as the “one who betrays another’s trust or is false to an obligation or duty”.

The ignorant reader may possibly wonder the relevance of my English lesson to Mr. Gotabaya Rajapaksa, but as a outcome of definitions above and the traits of our Secretary to the Ministry of Defence getting so deeply intertwined, needless to say, life in contemporary day Sri Lanka has turn into a lot more or significantly less akin to that of Gestapo/Stasi Germany half a century ago. To be fair to the present regime, it ought to be mentioned that the state-sponsored fear psychosis has been in existence even throughout the tenure of Mr. Ranasinghe Premadasa’s presidency.

As opposed to in the past and since the mid nineties, when only empty rhetorical speeches have been created by opposition parties in their resistance against the violent subjugation of masses and the plunder of economies, it would be insensate on the portion of Mr. Gotabhaya and his gang of brothers ought to they trivialize the threat of a resurgent opposition alliance, led by the ‘never-say-die’ Mr. Ranil Wickremesinghe. In this context and contemplating the ‘blood ties’ issue, the require to examine the nexus in between the Mahinda Rajapaksa government and the law enforcement machinery headed by Mr. Gotabhaya Rajapaksa becomes exigent. 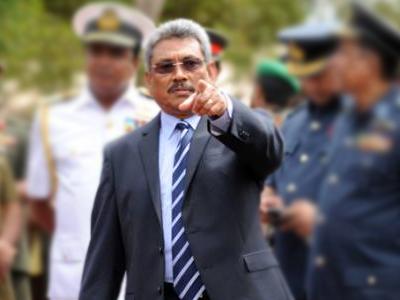 3 months after the Aluthgama racial violence, justice is however to be served to the victims and/or their kith and kin. Even though the failure to stop violence lies solely with the police force and the army, actions at that time (or inactions) by the Ministry of Defence can be translated really accurately as complicity in the instigation of communal disharmony between two communities.

Recalling the words of General Moshe Dayan – “Israel need to invent dangers, and to do this it must adapt the technique of provocation and revenge”, and when memories of the war victory fades progressively in the minds of the ignorant majority, Mr. Gotabaya too seems to be ‘moving mountains’ in provoking the Muslims into taking up arms against the Sinhalese-dominated armed forces and the government. While in the West nothing sells like sex, in Sri Lanka, hatred for the minorities seems to be what tends to make the majority community tick. Up to the process and wasting no time or leaving no stone unturned in consolidating his family’s hold on power, little did Mr. Gotabaya understand the futility in the ill-conceived notion of generating communal strife between Muslims and the Sinhalese. Although the peace-loving majority neighborhood in this country need not waste time in worrying about an ‘Islamic militancy’ or bother subscribing to politically motivated speeches propagating a sense of Islamophobia, they need to also understand that Sri Lankan Muslims will never be coerced or fooled into playing the ‘war games’ that is presently being spearheaded by the government proxy, the BBS.

The Secretary to the Minister of Defence could want to portray himself as a modern day Dutugemunu responsible for defeating foreign and ‘terrorist’ threats, and to showcase a sturdy and a competent persona to the unsuspecting and the backbone-much less majority community. While Mr. Gotabhaya’s dreams ought to be respected, it is a typical consensus among the masses now that he ‘wakes up and smells the roses’ before his ‘natural term’ expires prematurely.

A section of the population may not want Mr. Gotabaya tried for war crimes, but popular beliefs do not absolve one’s complicity in such crimes. In a nation exactly where highest ranking war heroes are incarcerated over political differences and minor irregularities, I am all clueless as to why the major opposition celebration did not implicate Mr. Gotabaya in any court of law, nearby or international for crimes against humanity or at least for the alleged fraudulent purchase of arms. Although I understand the nature of Sri Lankan politics and sentiments of the majority neighborhood, failure to hold Mr. Gotabaya Rajapaksa accountable or responsible for actions of ministries/departments coming below his direct purview has certainly resulted in a state of lawlessness.

Cries for recompense in the North-East might have fallen on deaf ears, or the trail in search of accountability and justice might have gone cold too… But unlike the situations of mass killings in Indonesia in the sixties, the killings in Chile in the seventies and the ‘killing fields’ in Cambodia among other people, and exactly where the perpetrators were brought to justice decades following their reign ended, the proper-pondering masses in this nation need to have to insist on immediate justice and a single that would be a deterrent for the future generation, that is if and when Mr. Gotabaya is put on trial of course.

Justice delayed is justice denied. Opposition to the existing despotic government comes out alive only when individual positions and perks are at stake. Failure to even query Mr. Gotabaya Rajapaksa, let alone file a case against him for all his wrong-doings by no opposition celebration is beyond my comprehension. Could it be the ‘unleashing-of-violence’ capabilities of the Secretary to the Ministry of Defence that has silenced the opposition all this while? And if that is the case, would it not make Mr. Gotabaya a terrorist, at least as per the definition in the English dictionary? If public income operating into millions of USDs is getting looted by Mr. Goatabaya, if lives of future generations are pawned and if they are made to repay loans taken on industrial rates of interest for white-elephant projects initiated by the identical Mr. Rajapaksa…, would it not also make him a traitor to the nation?

For what it is worth, let this be a contact for the brave to unmask the pseudo patriot, who is soon after all a public servant. Sharing a lesson in chess in conclusion, even though the King of the opponent is the target, far more usually than not, victory is created less difficult only when the queen is eliminated.

*The writer is an independent social/political activist and can be contacted on [email protected] and by way of FB &#8211 Fazl Muhammed Nizar.