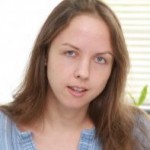 One of the many conspiracy theories that has emerged with regard to the anti-Muslim campaign of the Bodu Bala Sena and others is that it is an attempt by the Government to distract people from other concerns, primarily the state of the economy.

If so, it isn’t working. Last week’s increase in electricity tariffs hasn’t been overlooked by anybody in Sri Lanka.

However, the Government has succeeded in convincing a fair share of the electorate that it isn’t really its fault. Keheliya Rambukwella summed up its argument at the regular media briefing on Thursday. He explained that the tariff increase was unfortunate but unavoidable, since ‘no administration can subsidise utilities forever’.

This sounds reasonable, but it isn’t actually true.

The concept of ‘breaking even’ doesn’t make sense when discussing a public enterprise. The CEB is not a company. We have come to talk of its ‘losses’, but this is to accept the neo-liberal logic that the Government claims to reject. The Ministries of Health and Education also spend more than they earn, but we don’t consider them to be ‘indebted’.

In that sense, the Opposition is right in pointing out that the Government is neo-liberal, as its economic affairs spokesman Harsha de Silva did in response to the hike. Of course he should have said ‘also neo-liberal’, since the credentials of the UNP as the vanguard of neo-liberalism in Sri Lanka are unquestionable, thanks to Ranil Wickremasinghe. Unfortunately, he combined that accurate observation with a totally misguided suggestion as to what to do about it, saying that if the economy is in so much trouble, what is needed is austerity.

Even the IMF is having second thoughts about ‘cuts’ as a response to a downturn, as its advice to the UK just days ago shows, with that country on the verge of an unprecedented ‘triple dip recession’.

Austerity isn’t the same as tackling waste and corruption. There is a difference between ensuring that expenditure is productive and targeting an overall reduction in expenditure.

In the same way, there is a difference between targeting subsidies so that the right people benefit and reducing the level of subsidies.

This is not to suggest that there is no problem with the amount that the Government spends on the CEB. It comes to 0.8% of GDP, which is an awful lot in comparison with the 1.9% that it allocates for education and the 1.3% that it gives to health.

Efforts should certainly be made to reduce this amount.

In terms of costs, Tilak Siyambalapitiya has produced a very succinct analysis (‘Talk sense about electricity costs and prices’, The Island, March 6th). He says that the approved cost of Rs. 2.56 for distributing a unit of electricity, which includes the cost of investment and maintenance of the distribution network and the supply of electricity, including metering and billing, is comparable with international norms, but could be brought down by 1% per year in real terms. A similar conclusion is reached for the transmission of a unit of electricity, with an approved cost of Rs. 0.73. He makes the same assumption as Keheliya Rambukwella that expenditure should be met by income to conclude that a unit of electricity has to be generated for Rs. 10.74, taking into account 12% losses and a total income of Rs. 15.50 per unit (10.74 = 0.88 x [15.50 – 2.56 – 0.73]), which is the case only for the CEB owned hydro and coal power stations.

An equally helpful discussion of prices is needed. The Rs. 15.50 per unit charged by the CEB is an average, and the way in which the burden should be shared is not obvious.

In response to the hike, everybody from bakers to the manufacturers of bathroom tiles have said that they will have to increase the prices of their products to compensate. This has to be taken into account in deciding who should pay how much.

Unfortunately, this is not going to happen by itself.

The Government carefully avoids debate of ‘zero-sum games’. It doesn’t want to admit that it makes choices between different groups in society, since that would mean alienating somebody. It prefers us to believe that all situations are ‘win-win’ or at least ‘lose-lose’.

This is equally true of taxation, and we should remember that the 0.8% of GDP that the Government spends on the CEB is only a problem because the share of taxation is so low and falling.

We may assume that the reason the Government has still not published the report of its Presidential Commission on Taxation, submitted to Mahinda Rajapaksa way back in 2010, is that it doesn’t want to upset people who really ought to be paying more. It thinks that it can get away with collecting almost everything from taxes on goods and services, rather than taxes on incomes, which is very bad news for people with low or no incomes.

The JVP raised another important point with regard to the electricity tariff hike. Its spokesman asked why the Public Utilities Commission bothered to hold a ‘consultation’ when it paid absolutely no attention to the opinions of anybody who participated.

Its report makes amusing reading. An unfortunate employee clearly wasted a very long time summarising the suggestions of the 275 people who either sent a written submission or made a presentation at the public hearing. Every single one of them is marked ‘no’ or ‘no comment’. Even proposals to ‘reduce corruption in the CEB’ are ruled out.

Given that the public has to pay for the opportunity to express their ideas, this is more than a little disappointing.

However, it is hardly surprising.

The Public Utilities Commission was established by the administration of Ranil Wickremasinghe, as part of its effort to privatise the CEB.

By now, everybody knows that this is a policy that has failed in many countries.

Even the Government has accepted that the private sector cannot help with electricity. At the media briefing, Keheliya Rambukwella also confirmed that it would be progressively reducing its purchases from the private sector, in favour of CEB owned power stations. If only it had worked this out earlier!

Also, it doesn’t seem to have understood why, since it is cheerfully pursuing exactly the same policy of privatisation in even less appropriate sectors of the economy.

Most extraordinarily, last week it was reported that the Government is to sign agreements with companies interested in investing in medical equipment such as MRI and CT scanners to be installed in public hospitals. The Secretary to the Ministry of Health was careful to explain that these services would continue to be free at the point of use – the Government will pay the owners of the machines according to the number of patients treated. How on earth they can’t see that this will end up in the Government spending more than if it had bought the machines itself is a mystery.

It may not be long before the Government thinks that the country’s health needs can just as well be met in private hospitals, in much the same way as it is so eager to have private universities cater to its education needs.

A little more attention to the state of the economy is therefore most certainly needed.

That doesn’t mean that the Bodu Bala Sena and others can be neglected, since they present a very serious immediate danger to society. However, what could very easily be ignored are the rest of the conspiracy theories that surround the anti-Muslim campaign. Far more likely than it being the work of Norway or Israel or India or the United States or any other country is that Sri Lankans have created this problem all by themselves. In any case, nobody else is going to solve it.

*Kath Noble’s column may be accessed via http://kathnoble.wordpress.com/. She may be contacted at [email protected]

WikiLeaks:  We have done all that the IMF asked – Basil said to US

WikiLeaks: What the US is doing to us is shocking – Central Bank Governor

WikiLeaks: In Reality Economic Decisions Are Made By Brothers