The Sri Lanka Freedom Celebration (SLFP) has criticized the stand taken by their former leader Mahinda Rajapaksa on the Report of the UN High Commissioner for Human Rights (OHCHR) Investigation on Sri Lanka.

Releasing a statement a couple of days back former President Rajapaksa called upon the government to reject the Report of the UN Higher Commissioner for Human Rights (OHCHR) Investigation on Sri Lanka. 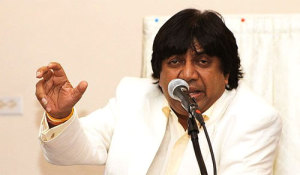 Nonetheless, his colleagues in the SLFP who blindly backed any stand taken by Rajapaksa, when he was in charge, has refused to stand by their former leader who is now relegated to an opposition MP’s post.

Speaking to the media in Colombo nowadays SLFP media spokesman Dilan Perera mentioned today that Rajapaksa’s comments does not portray the party position and the statement on UN report by Rajapaksa was totally personal views of the former leader.

Perera noted that the SLFP has taken a neutral stand on the matter.

Perera went on to say that the party leader, President Maithripala Sirisena has appointed a committee to seek opinions of the SLFP members on the UNHRC report and the proposals contained in it.

The SLFP media spokesman stated that Rajapaksa was most welcome to submit his views to this committee.

In a statement to media, the former President Rajapaksa and current Kurunegala district parliamentarian said his government did not cooperate with the OHCHR investigation for a lot of reasons, mostly due to the fact it was instituted outside the established process of the UN Human Rights Council (UNHRC).

Rajapaksa went on to say that the usual procedure was for the President of the UNHRC to appoint a three-member independent panel to carry out the investigation after the relevant resolution is passed in the Council but the investigation on Sri Lanka was not carried out by an independent Commission of Inquiry but for the really initial time, by the OHCHR.

The report of the OHCHR investigation was presented to the UNHRC in Geneva by UN Higher Commissioner for Human Rights Zeid Ra&#8217ad al Hussein on September 16th.