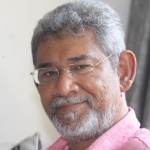 We have already had a bitter experience with Mr. Wigneswaran and we mustn’t repeat or compound it. Mr. Sampanthan is a cultured gentleman, a superb speaker and a fine parliamentarian in the old tradition. But he would be most unsuitable to be created Leader of the Opposition. It is neither due to the fact he is an ethnic Tamil nor since he is the leader of the TNA that Mr. Sampanthan must not be appointed the Leader of the Opposition of the Sri Lankan parliament. It is because of the political project he subscribes to and the political views he holds. Going by those declared views, he would, as Opposition Leader, not oppose only the policies and practices of the Government of Sri Lanka. Indeed he possibly will not oppose the present Government at all, considering that he helped bring it into workplace his celebration colleague Mr. Sumanthiran is a co-drafter of the 19th amendment which castrates the executive Presidency, turning that office into a constitutional eunuch and his party the TNA has gone on to defend the 19th amendment in the Supreme Court. As an alternative, Mr. Sampanthan as Opposition Leader would be opposed to the extremely political neighborhood, the quite political unit, which he would be sworn to uphold and operate squarely within.

I refer not only to a decade ago, when Mr. Sampanthan and his celebration contested the election on a single point platform, namely that the separatist-terrorist LTTE was “the sole reputable representative of the Tamil People”. I do not refer mostly to the fact that he has yet to express regret and apology for that stand.

I refer mainly to Mr. Sampathan’s stand on so solemn an occasion as his party’s 14th Annual Convention in 2012 a mere 3 years ago, nicely into the post-war period when his political conduct can’t be excused by the invocation of a most likely LTTE threat to his life.

A mere three years ago, Mr. Sampanthan, the most prominent neighborhood leader of the Northern Tamil neighborhood, which exists a few miles away from the sub-regional landmass of Tamil Nadu with its aggressively hostile streak towards Sri Lanka, reiterated his party’s commitment to reaching with the help of the international community, the very same ‘soaring aspirations’ that could not be accomplished by way of the force of arms.

He asserted—some would say confirmed—that ‘the international community’, by way of its present stance, might open the space for the achievement of that objective: “&#8230The existing practices of the international neighborhood may give us an chance to accomplish, without the loss of life, the soaring aspirations we had been unable to accomplish by armed force.” (R. Sampanthan, speech at ITAK 14th Annual Convention, Batticaloa, May possibly 2012, Colombo Telegraph)

Plainly the “soaring aspiration” which was unsuccessfully sought to be achieved via “ armed force” is that of the separate state of Tamil Eelam, which axiomatically entails the dismemberment of Sri Lanka. This is the gentleman who some openly suggest for the post of the Leader of the Opposition!

In his keynote speech on this formal political occasion, Mr. Sampanthan called for the restoration of the degree of sovereignty that the Tamil people are said to have enjoyed over 500 years ago, prior to the advent of colonialism. This refers to a entirely independent political existence. “…Up to 500 years ago, the Tamil individuals established their personal governments, and governed themselves.  Our party symbolizes a time in history…during which our individuals had their personal sovereign Tamil governments&#8230Our basic objective is to regain our community’s Property, its historical habitat and its sovereignty. The symbol of the House symbolizes this unshakeable aim…” (Ibid)

The House Mr. Sampanthan is talking about is not the Parliament of Sri Lanka, where the Sri Lanka Muslim Congress ( SLMC) and particular ideologues of the LSSP such as Mr. Lal Wijenaike would like to see him as Leader of the Opposition! No, Mr. Sampanthan is clearly calling for a separate house as a home—not a roomier space in the current home of the unitary Sri Lankan state.

If the globe have been to be re-ordered by restoring the pre-colonial status quo ante of no less than half a millennium if each and every minority of roughly a million people or a fraction of a country’s citizenry, have been to demand this correct and seek its exercising, the planet would be plunged into anarchy, chaos, bloodshed. This project can’t be entertained—and most surely not on a fairly tiny island with no ‘defense in depth’ adjacent to a landmass which has been historically hostile.

Had Mr. Sampanthan’s transparent declaration of techniques at his party’s Annual Convention just three years back been authored by a Sinhalese, it would have been dubbed ‘racist stereotyping’. “…The softening of our stance regarding particular problems, and the compromise we show in other concerns, are diplomatic techniques to make sure that we do not alienate the international neighborhood. They are not indications that we have abandoned our fundamental objectives…In other words – we have to prove to the international community that we will never ever be capable to recognize our rights within a united Sri Lanka… Despite the fact that the issue at hand is the same, the prevailing conditions are distinct. The struggle is the same, but the approaches we employ are distinct. Our aim is the same, but our techniques are distinct. The players are the same, but the alliances are distinct. That is the nature of the Tamil folks. Although we still have the identical aim, the techniques we use are now different…” (Ibid)

Straightforward logic tells us that if such a individual who holds these views is appointed the Leader of the Opposition, he will use his office to further the aims he believes in and is committed to. As a result we shall have a Leader of the Opposition who has “not abandoned [their] fundamental objectives” who believes that “the struggle is the same” and “the aim is the same” (as that of those who employed “armed force”). Logic tells us that he will use “different strategies”, “approaches” and “alliances” in the service of the unchanged basic objective and aim. Most clearly of all, Mr. Sampanthan as Leader of the Opposition will continue to feel and feel, and act on the pondering and feeling, that he and his celebration “must prove to the international neighborhood that we will never ever be capable to realize our rights inside a united Sri Lanka”. Therefore Mr. Sampanthan is committed to proving to the world that Tamil rights can be realized not “within” but only outside a “united Sri Lanka”.

Note that Mr. Sampanthan utilised the term “united” and not “unitary’. If he does not think that Tamil rights can be realized inside a “united Sri Lanka”, is he not making the case for separation? Do we believe his Supreme Court affidavit or his address as leader, the annual convention of his celebration? In other words do we think what he says in English in Colombo or what he says on a formal occasion, in Tamil, in the North and East? At the extremely least we have right here a case of political schizophrenia. Do we want to have a democratic separatist or at the quite least, a political schizophrenic as the Leader of the Opposition of Sri Lanka? These who advocate this are either utterly irresponsible or subscribe to a sinister separatist project. They are either fools or knaves.

Currently the combination of the 19th amendment which dismantles the robust Presidency would spot national decision making in the hands of a Prime Minister who could be the prepared or unwilling hostage of the TNA and a parliament and a Cabinet that could be bought up by Diaspora slush funds. Taken collectively with the drive to go beyond the 13th amendment and Mr. Sampanthan’s belief that Madam Chandrika Bandaranaike Kumaratunga will settle the ethnic problem by the end of this year on the basis of her political ‘package’ of the mid-1990s, what the Ranil-Chandrika-TNA troika and their external patrons are embarking on is a road map to weaken the centralizing capacities of the Sri Lankan state and lessen the share of state energy, political power, that the Sinhala community has and is rightfully entitled to be given (a) its overwhelming demographic preponderance, (b) antiquity (if the Northern Tamils had preceded the Sinhalese they would hardly have remained stuck in the least arable Northern cone of the island) and (c) the fact that it is the only neighborhood whose language, an ancient a single, is spoken only on this island.

The suggestion to make Mr. Sampanthan the Leader of the Opposition is part of a macro-strategy to minimize the share of political energy and size of the stake-holding inside the Sri Lankan state that the Sinhala nation is naturally and organically entitled to. Ranil, Chandrika, the TNA, and these nations with substantial concentrations of Tamil voters are moving to dismantle the safeguards for Sinhala political power in this island state. The strategic aim is the dilution and dissolution of Sinhala power, the energy of the majority on the island—not least simply because the Sinhalese are observed as the sole obstacle to Western and neighboring hegemony and as allies of China on this strategically placed island on the Maritime Silk Route, whilst the Northeastern periphery is noticed as a prospective base by the external hegemons, who will therefore tilt towards maximizing the energy of the North as a distinct, very autonomous, certainly quasi-independent political unit a la Kurdistan. This is why Mahinda Rajapaksa was externally de-stabilized and ousted, and a puppet regime “democratically” installed. And that in turn is why the multitude wishes him to return, to steer the destiny of their nation a nation that is now manipulated by external hegemons and their disgraceful neighborhood lackeys. The multitude knows in its bones, nay, in its collective soul that this island is the only nation they have on this planet.