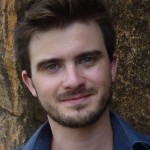 ‘Colours of Change‘ is  a retrospective of  the  photographer Stephen Champion’s work in Sri Lanka  over the past 28 years.  It is immediately clear that this exhibition is not the work  of a shoot and run fly-by, but of an artist intensely dedicated to his muse, the island and its peoples,  in all of  its contradictions.  In his own words,  his long-standing relationship with Sri Lanka  has taught him to  “love the plastic as much as  sea”.  Champion’s work not only displays a great passion for the country but an acute understanding of  its diversity and nuance: geographical, historical, political and cultural.

Champion’s depth of knowledge, combined with his ability to  ask questions and  allude to wider  narratives within a single frame, has  some fascinating results.  One photograph that particularly stands out in this regard, pictures a  group of young  Buddhist monks  strolling, seemingly unnoticed, past sun-soaked western tourists.  What makes this composition  clever is that, through a simple,  understated comical  juxtaposition of characters, volumes are spoken about the uneasy relationship between  Sri Lanka’s rapidly growing tourist industry and its  traditions.

As with the above mentioned photograph, Champion’s eye for capturing the island’s idiosyncrasies and the subtle  absurdities of the day-to-day  is present throughout much of this exhibition: The young man posing  like an 80′s pop-icon  beside a ramshackle  bus stand; the auto rickshaw emblazoned with  London’s East end colloquialisms-”Lovely Jubbly, Del boy, Geezer”; The charming grin of a Nuwara Eliyan worker, clad in a lilac suit jacket and sarong with a chemical sprayer tucked under his arm. 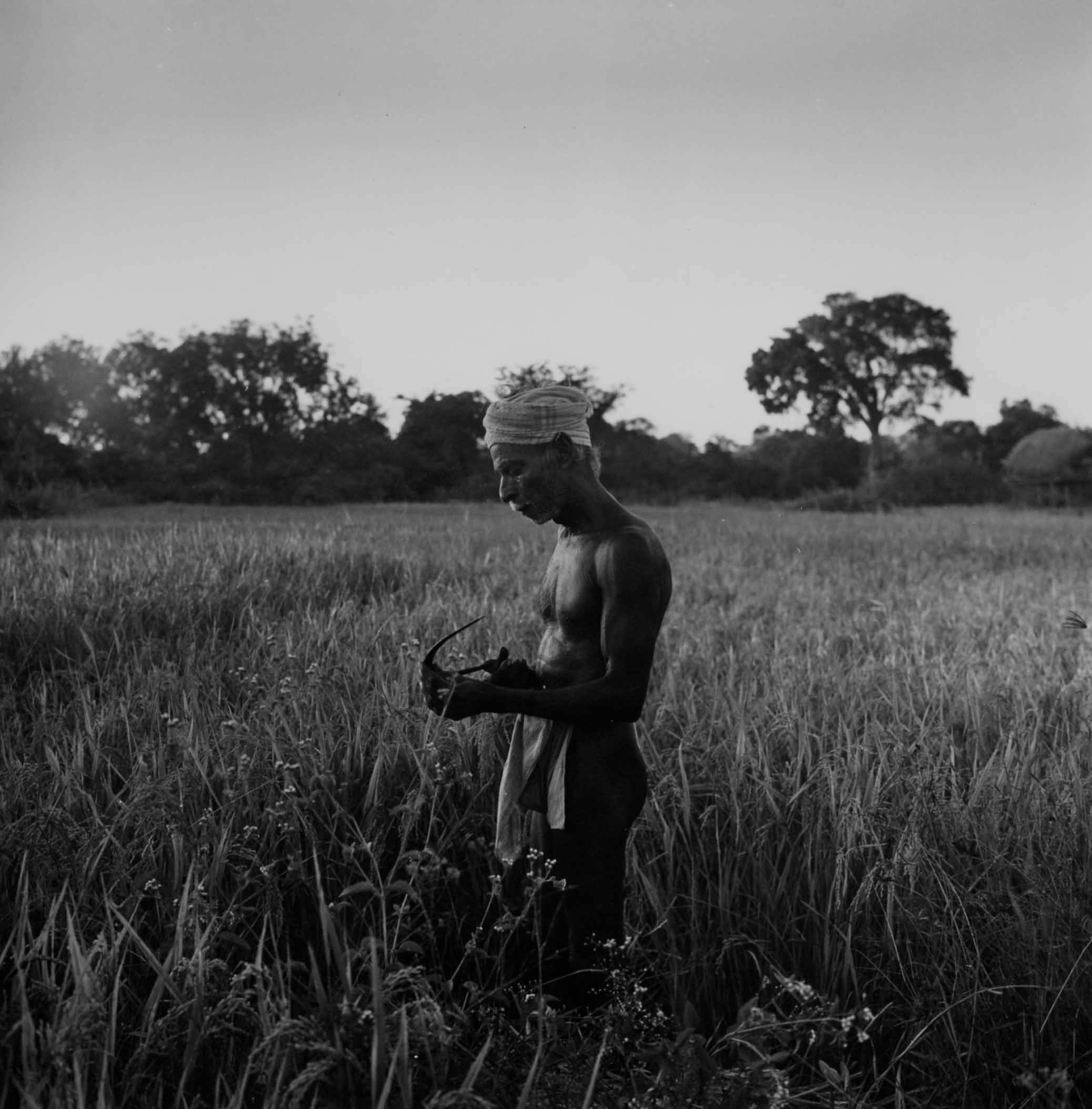 Another common Motif in Champion’s work is the placement of solitary human figures within landscapes, often silhouetted or turned away from camera and  frequently involved in agricultural activities- Fishermen  in Jaffna and Puttalam Lagoons, a farmer gazing across his land in Meddawachchiya. This device provides these picturesque, catalogue-friendly landscapes with a human context, not only breathing  life into the images but also providing us with a glimpse into the particular  regional relationships between  the  people/s and their natural surroundings, soil or sea.

A reality that cannot be ignored about this retrospective is that the period it covers aligns closely with  Sri Lanka’s civil war. Unsurprisingly therefore, the spectre of war and  of the country’s   fragile post-war peace loom large. At times war and its impacts are inferred to rather than approached directly-war is treated as an ever-present rather than a subject in itself.  This is particularly true of many of the images from Jaffna, from the razor-wire fence that cuts across our view of Jaffna Lagoon to the uncomfortable emptiness of the city after curfew. At other times  Champion deals directly with the conflict, both in its corporeal brutality and its wider costs. This area of his work undoubtedly includes the  most immediately evocative imagery in the exhibition: a  child tagged with the words ‘wounded calamity’; the trickle of blood emerging from beneath a closed door; the twisted, blackened carnage of war.  One  inspired piece of curatorship  is the pairing of two images.  In the  first, a young female LTTE (Tamil Tiger) cadre struggles to hold up her rocket launcher as if dragging around an unwanted extra-limb; in the second a young women with a prosthetic limb glares directly into the lens. This is a story in need of no further explanation.

Given the scope of this exhibition, both in terms of time scale and subject matter, there are moments when one yearns  for a  more contextualisation. Having said this, Sri Lanka is not a country lacking in polemicists and perhaps, in allowing the  space for interpretation, Champion has purposefully sought to avoid becoming embroiled too closely in the island’s politics-to remain the artist-observer.

‘Colour of Change’, taken as a whole, provides a compelling visual record of a tumultuous period in Sri Lankan history, an insight into the essence of  everyday life within the country, and, more than anything, the story of an artist’s ever changing relationship with his muse. 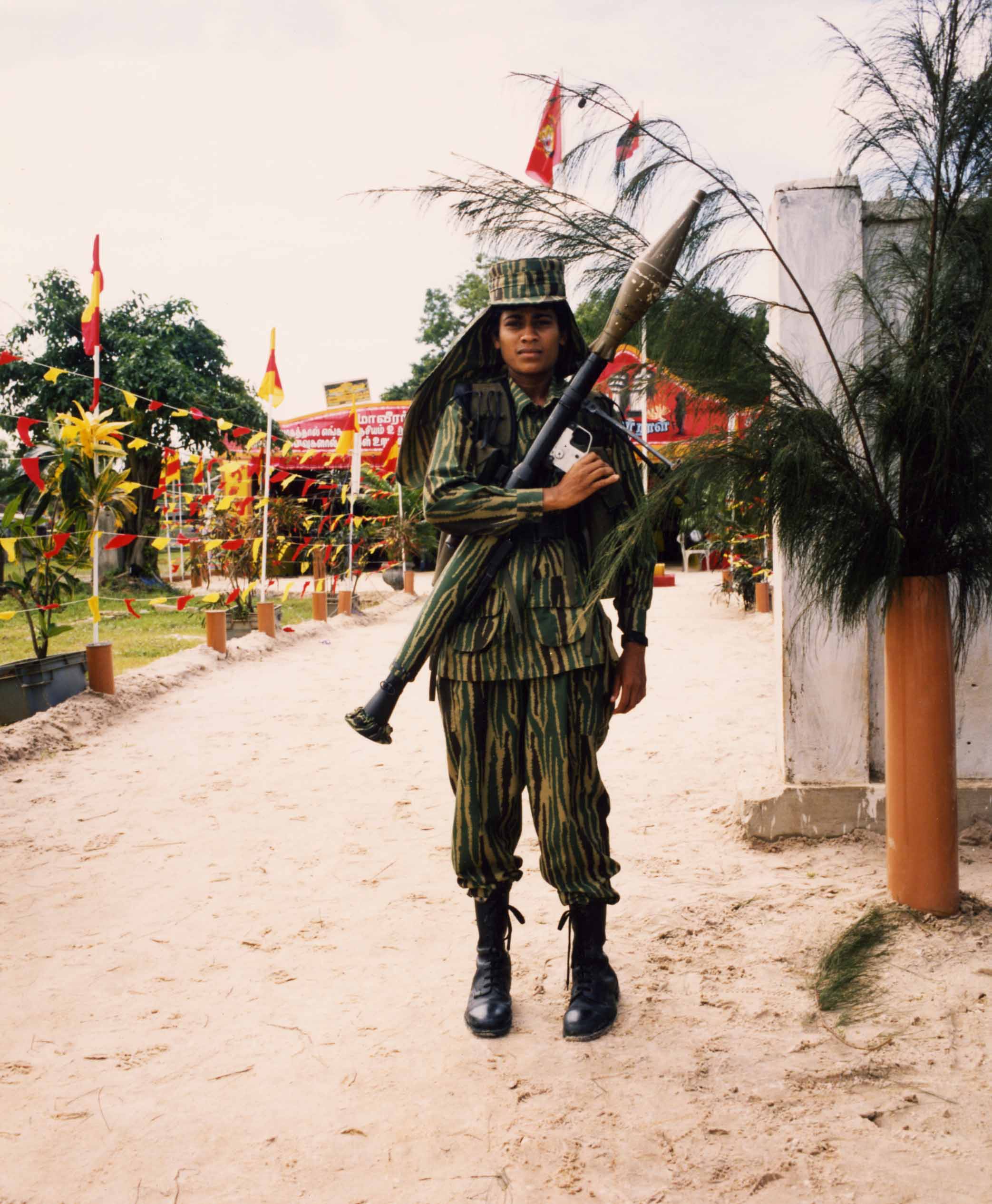 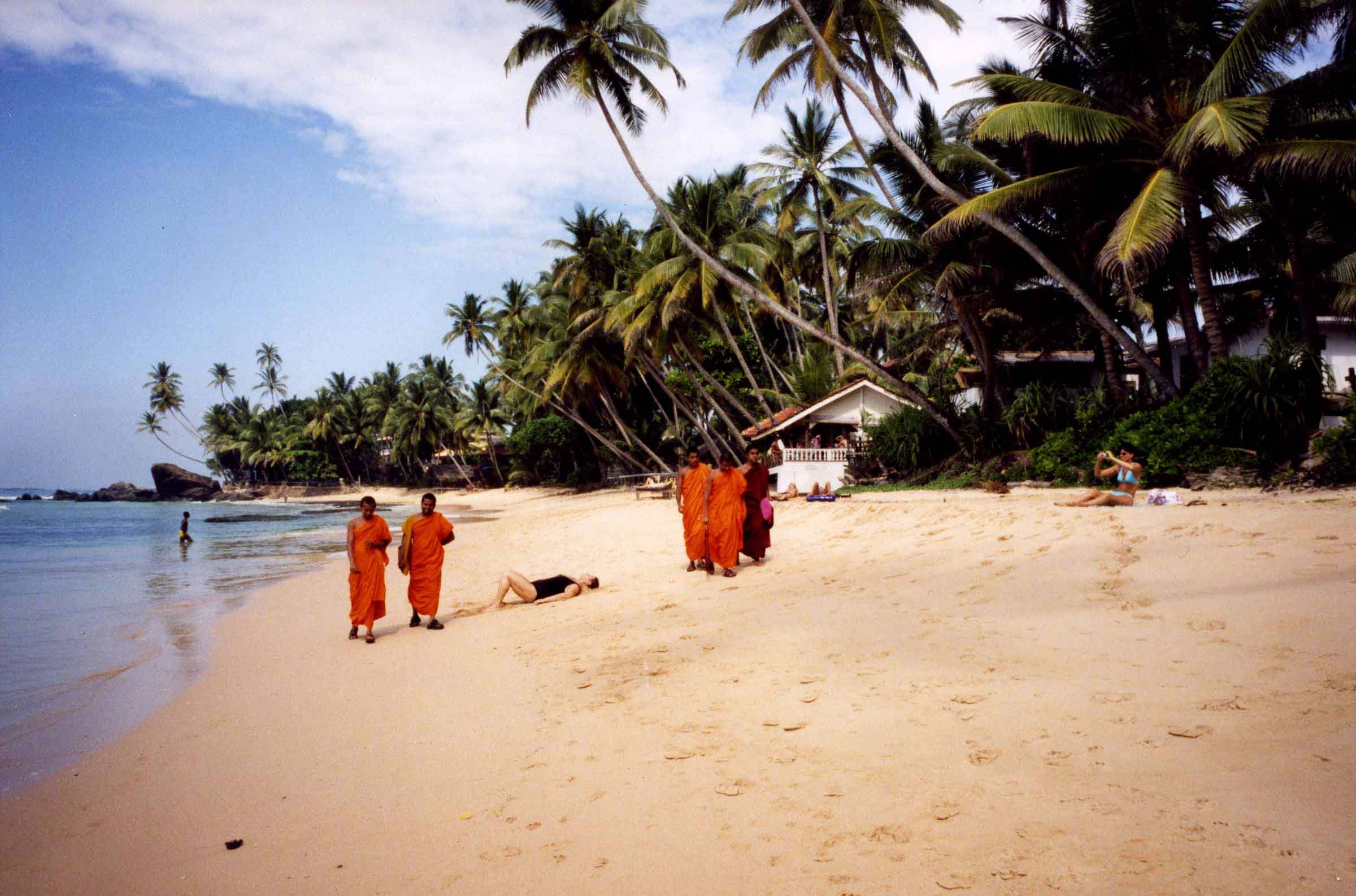 13a Tourists and monks on the beach, Mihiripenne 2010

Tourists and monks on the beach