A member of the Unique Presidential Activity Force for the recovery of illegally acquired state assets, Jagath Wijeweera has resigned from his post as Director General of Sri Lanka Customs. 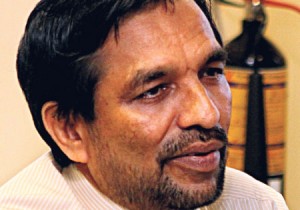 The Finance Minister Ravi Karunanayake has announced his resignation final evening. He stated the exact reason for Wijeweera’s resignation has not yet been revealed, but the minister stated that Wijeweera may possibly have resigned due to ongoing investigations to decide the factors for the considerable loss that had been reported in the Customs Division in the recent past.

The Presidential Job Force is empowered to “investigate, identify, trace, seize and transfer to Sri Lanka, state assets and income which are due to the government that have been illegally or unlawfully acquired or procured by Sri Lankan nationals and other persons acting on behalf of Sri Lankan nationals or otherwise, and are being concealed or kept outside the territory of Sri Lanka by such persons and other folks acting on their behalf, and take successful steps to result in their seizure and transfer or return to Sri Lanka to be confiscated and vested in the Common Treasury.”

The recovery of stolen state assets was a main slogan in the election platform of President Maithripala Sirisena at the last Presidential poll. &#8220Wijeweera has no moral proper to remain on as a member of the Unique Presidential Activity Force for the recovery of illegally acquired state asset&#8221 a very good governance activist told Colombo Telegraph.