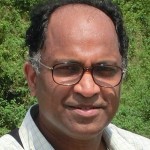 Rapidly forwarding to the Eighteenth of May possibly 2016, we observe noisy scenes in the Sri Lankan Parliament. A few members insist that the Prime Minister ought to intervene and quit separation from taking place. They are a noisy minority. The majority, nonetheless, agree with Prime Minster Wikramaathiththan’s stubborn stance: “The right to separation has already been subject to maximum devolution. The central government will not interfere.”

Gosh! Who is Prime Minister Wikramaathiththan, and how can he devolve the most sensitive subjects in our politics – the right to separation?

The lately formed jumbo cabinet of ministers was a disappointment to numerous of you. “Have we gone back to the poor old days?” you worried. Distracted by that, you failed to notice an innovation, the appointment of a Minister for National Dialog.

“But we already have dialog no?” an aunt of mine remarked, thinking of the telephone business.

The new Ministry for National Dialog has, as a starting point of achieving their objectives, offered new names, with minimal edits to their present ones, to the major characters in the governance of our country. The aim is to remind these in power that reconciliation begins by the thought experiment of putting oneself in the other man’s shoes.

“Let peace commence with me,” is the slogan written on the entrance to the new ministry.

Wikramaathiththan is a single such name, the epistemology of which I will clarify now, and leave other individuals to your imaginations.

Normal readers of ampulimaamaa will know this character – a king whose job it was to catch a genie living in the banyan tree and bottle it. The genie was intelligent and each time he caught it, it would inform him a story to distract his interest and escape back the banyan tree. The king, nevertheless, was not an individual to give up in the face of serial failures. He tried and attempted, once again and once again, and in the most current try had caught the genie. Will he be able to hold onto it, we are not positive but. 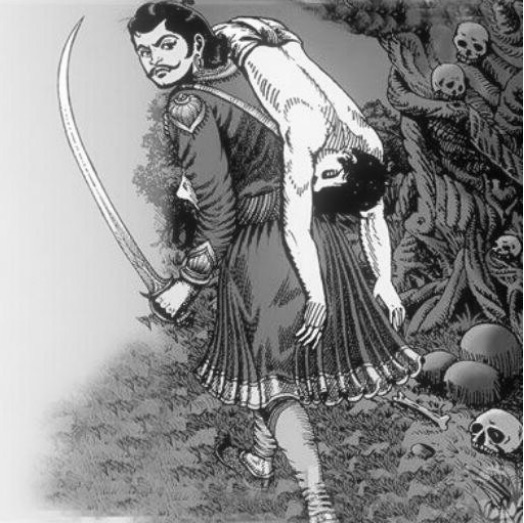 Prime Minister Wikramaathiththan had introduced a bill to set up a kind of governance that was to devolve significantly power and responsibility to regions of different granularities: provinces, districts, municipalities and villages. Each village chief was offered a Pajero jeep, petrol allowance and had devolved power to decide what concerns need to be asked on the five page kind to be filled before cutting down a palmyrah tree in your back garden. Obviously, if palmyrah does not grow in you portion of the country, there is no want for this five-web page form, is there? That is the beauty of devolved governance.

“Consider how we Sri Lankans have been poor at solving issues. We do not address troubles of our youth in time. Alternatively we just let them get worse, let the pressure of aggravation develop up so our youth take up arms and rebel. That is when we bring out our tried and tested resolution, don’t we?

“Consider how we handled troubles faced by minorities in our nation. We have recognized these difficulties, have set up so numerous commissions, held inquiries and have signed a number of pacts. Despite the diligence with which gentlemen tasked with obtaining options worked, when it came to implementation, we just shelved the reports and ditched the Pacts, didn’t we? We had a tried and tested response when challenged on this efficiency.

The PM, provided his track record in politics should have felt duty bound to feel of a extended term solution. Right after all, throughout his extended profession, he had observed, amongst other items, how his uncle sponsored the riots of 1977 and 1983, how his mates travelled to the North to make certain that the library was burnt, how the Hanuman army forced an Accord on us, how a previous president ordered the surrender of some 600 policemen who had been then lined up and shot, and, above all, he have to have been a bit far more than bystander of the brutality with which the rebellion in the 1988-90 period was put down.

Desirous of placing all that in the previous, we welcome his devolution plan to attain ever-lasting peace in our country.

Even so, the Devolution Bill faced strong objections from the Leader of the Opposition, Rt. Hon. Trigonometry Aarachchige Sampath (a new name given to him by the Ministry for National Dialogue, of course).

Rt. Hon. Sampath mentioned, as leader of the opposition, he had to represent the majority Sinhala men and women as effectively. Hence he held the view that any devolution need to be opposed &#8212 nipped in the bud, so to speak, simply because it is the very first step towards separation.

“Which college did you go to? Did they not teach you authoritative texts of history to know that warriors from Tamil Nadu will swim across the Palk Strait and butcher us? Our culture, unique in the identified Universe, will be ruined, this being the only country we have. Would the Prime Minister note they [Tamil Nadu fellows] are already engaged in doing just that, with low high quality tv soaps with Sinhala sub-titles broadcast on numerous channels

Contrary to repeated polite requests from the Ministry for National Dialog, Hon Sampath has not given up the “G-word”, as he is significantly indebted to it for his electoral prospects. If he didn’t say it frequently enough, Chief Minister Gandalf might obtain ownership of it, he feared.

The constitutional lawyer Hon. Samaanthiram MP intervened. He is either a member of the government or most likely from the opposition, we are not really sure. However that ambiguity is to be celebrated as a distinct innovation of our new-discovered democracy. Hon. Samaanthiram patiently explained, in all 3 languages, the following: “Policing is not about energy policing need to be a service.”

“In Sri Lanka,” Samaanthiram said, “police had the energy to beat confessions out of suspects, and based on those confessions, folks could be locked up and keys thrown away. In theory, this is nevertheless feasible since the laws enabling these are nonetheless in spot.

“But remember, prior to 2009, such energy was devolved and practiced in the Vanni, with threats of hands becoming chopped off for voting at elections, legs getting chopped off for operating away with no carrying out your patriotic duty of acting as human shields, and bullets in your head if you believed something distinct from what the believed police had thought, proper? Do you want to go back to those dark days?” Samaanthiram asked.

“And it is unwise to claim power over land in such low-lying places,” the eminent lawyer continued, “have you not heard of worldwide warning? If we want to defend our culture for centuries to come, we need to have to find actual estate on high ground someplace. I am confident you have heard about Poompukaar,” he reminded his colleague of the ancient city of Tamil civilization, now lost to the sea. “Mind you, over half of our people live outside the land more than which you claim energy.”

From the opposition benches Rt. Hon Patriotwasa was also opposed to the Devolution Bill. Now, Mr Patriotwasa is a person who claims to be a descendent of the lion, but the well-known belief in Sri Lanka is he is a descendent of the donkey. A donkey in lions clothes, you may possibly say. No, it is more complex. He barks. The PM says that this behaviour is similar to that of monkeys. Geneticists reconstructing evolutionary trees are much puzzled by all this. Which of the 4 did our patriot actually descend from?

Hon. Patriotwasa strongly condemned the bill and in order to demonstrate his patriotism vowed to go on a hunger strike: “I shall starve until you withdraw the bill or my body and soul separate, whichever happens first” he shouted and walked out of the Home.

That is the separation – the possible separation of the body and soul of the most patriotic member of our Parliament – is what was pointed out at the beginning of this story.

Are you surprised that Prime Minsiter Wikramaathiththan’s refusal to intervene – of the centre not interfering with regional choice generating &#8212 had robust support in the Residence?