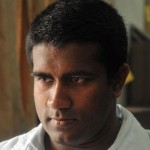 A mosque in Grandpass came under attack last night and a police curfew followed. The attacked mosque was a newly built one located next to a Buddhist temple in Grandpass. The land, apparently, belongs to the Urban Development Authority. Earlier, it had been assured that the mosque would be relocated within a period of one month but that never happened. Members of ‘Sinhala Ravaya‘ took law onto their hands and threatened to relocate the mosque all by themselves. That was the starting point of the clash.

Last night, when the attack was underway, allegedly by ‘Sinhala Ravaya’, a fear loomed large in the minds of people, both Sinhala and Muslim. They feared a repetition of ‘Black July’. They feared ‘mobocracy’. They feared death, incendiarism and looting. The curfew was on on time unlike in July 1983 and the situation was brought under control within a few hours. Nevertheless, several people were hospitalized due to injuries. Blood was seen.

There were some alarming signs. Grandpass is an area where Sinhalese, Muslim and Tamil communities live in almost equal proportions. When the mob started pelting stones at the mosque, Muslim youth too, rallied around the religious place to counter the attack. That was a perfect recipe for a bloodbath. In the final analysis, Police and the Special Task Force succeeded in preventing butchery though there are several unanswered questions. Why weren’t any of the attackers taken into custody? Why couldn’t the Police nip it in the bud? Those are two pertinent questions. However, the STF had assured the Muslims in the area and they would ensure security for the place of worship. That assurance eased their tension.

I am a Buddhist, by birth and by choice. Buddhism does not advocate violence, under any circumstance. Buddhism I know will not oppose having a mosque right next door to a Buddhist temple. If the mosque is being built in a land that is not legally acquired, there is a law enforcement mechanism to deal with it. Buddhists, Christians, Hindus, Muslims and Burghers can seek refuge in the law enforcement of the country in the face of injustice. If one’s grievances do not harm the interests of those in power, justice, in all probability, will be meted out. In that context, no one can justify hooliganism by Sinhala Ravaya or Bodu Bala Sena.

There were provocations in this country since 1949. Almost every provocation was followed by retaliation. Retaliation, more often than not, outweighs provocation and that was evident in July 1983. Essence of Buddhism teaches one to handle provocation with prudence, without making it an entry-point for carnage. Sinhalese acted with great self-restraint after 1983 in the face of chillingly brutal attacks by Tigers in Colombo and its outskirts. When the ‘Dalada Maligawa’ was attacked in the Buddhist heartland of Kandy, not a single stone was pelted at Tamil Shops in Colombo, or any other place in the country. Something that we, Sinhalese, can be proud of.
I don’t see any Buddhism in the conduct of Bodu Bala Sena or any other extremist Sinhala-Buddhist movement. I don’t know whether there’s any Islam in the Muslim extremism too. In the same way, I did not see anything Hindu in the LTTE. What is going on in Sri Lanka at the moment is a political project in every sense of word. With all due respect, I must say that Gnanasara Thera and his allies are great politicians. Time, I think, will further affirm my convictions.

Yes, our fingers are free. We can point them freely at Bodu Bala Sena, Sihala Ravaya, Ravana Balaya or Muslim extremism, according to our whims, fancies and beliefs. Moreover, we can blame President Mahinda Rajapaksa or Defence Secretary Gotabaya Rajapaksa for treating the Bodu Bala Sena and other extremist organizations with velvet gloves.

While pointing fingers at them, did we ever look into ourselves? What have we, the citizenry, done, in our capacity, to rescue our society from the quagmire it is sinking into?

We haven’t done anything. We have held candle light vigils. We have organized organizer-less rallies. We have been trying to reclaim our old arrears from the Rajapakse regime. We have been dancing to the tunes of opportunists, separatists and NGO-mongers. We have been having fun, frolicking and acting like fools. Moreover, we have acted like a 21 million tombstones, and not like the ‘Citizenry’ of this country.