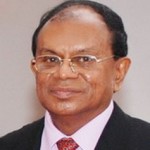 Presidency, of course is the problem! We are all concerned about the day to day happenings in the country, not so much of the Deraniyagala killing, but mostly of the Weliweriya shooting at present. The latter has overtaken by the former. But we should not lose sight of the larger picture and the key structural issues behind our predicament, if we need to genuinely seek solutions to our problems. Only passing comments on structural issues, either way, might not be sufficient. What we are facing is a systemic crisis without any exaggeration.

The President has not come up with any apology or even a statement after the brutal Weliweriya shooting. After all he is the Commander in Chief of the Armed Forces (not his brother!) in addition to being the Head of State and the Head of Government. It is unlikely that he would, except perhaps through his Secretary. That is the ‘immunity’ he enjoys under the Presidential Constitution. This is not to say that a statement or even an apology would ameliorate the situation.

‘Family bandyism’ of the Rajapaksas or MR’s split personality (smile and thuggery) might explain the specific nature of the regime, but not the generic character of the regime-system. Anyway, his personality has changed a lot after becoming the President and particularly after the end of the war. Perhaps it has lot to do with the happenings at the last stages of the war. There appears to be a serious deterioration in the ethical and moral premises of the regime and the personality.

The way the regime operates today is not so much different to the regimes operated under the presidential system previously, with some variations, except that the present situation is much worse than before. We are familiar with the way the situation of the ethnic pogrom against the Tamils was handled in July 1983 under JR Jayewardene regime. That propelled the beginning of the brutal war for two and a half decades. We are also familiar with the way the second insurrection was quelled in 1989/90 under the Premadasa regime not to speak of other atrocities. Of course the uprising had to be suppressed but not the killings of Wijeweera or others after taken into custody. The Matale grave yard is supposed to belong to that period. It is only recently that some security personnel of the former President CBK finally were convicted harassing and assaulting two prominent artists those days. Perhaps only sane President was DB Wijetunga for a brief period! But even he was insane in his utterances like denying any ethnic conflict in the country.

Are those just questions of personalities? I don’t think so. I would argue that the presidential system was primarily responsible of course along with the personalities involved. Parliamentary systems also could become degenerated and Prime Ministers also could act like authoritarian Presidents. Margaret Thatcher might be the best recent past example. But that is not a structural condition. It is also possible that ‘family bandyism’ exists even under a parliamentary system unless other measures are not taken and unless the political culture is changed. That is also our past experience before 1978.

Parliamentarianism and Presidentialism are not polar opposites. But there is a fundamental difference in terms of representative democracy and that matters most for accountability, transparency, responsibility and finally for democracy itself. We use representative democracy because direct democracy is not practical and also perhaps people are not interested. In a parliamentary democracy people elect a general assembly called Parliament for primarily legislative purposes and an executive emerges or selected within that which is again responsible for that Parliament. This is the best system.

The executive is crucial in the state structure, whether parliamentary or presidential, because it is the body which guides and directs the bureaucracy and the armed forces which can easily trample on people’s human rights and whose services (in the case of bureaucracy) are crucial in delivering or not delivering necessary services to the people including ‘clean water’ in the case of Weliweriya!

The judiciary could be structurally independent in both systems; however the tendency to trample on the judiciary is high (or almost certain in some countries) under the presidential system than in a parliamentary democracy. Sri Lanka is a clear example for both.

In a presidential system, there are two (confusing) electoral processes. One is to elect a Parliament primarily for legislative purposes. Then there is another process to elect a President for executive purposes directly by the people. Superficially, this may appear more democratic, but that is not the case. The distance between the people and the President is so vast and not punctuated by intermediary process. A President’s responsibility to Parliament is only nominal if at all. This is the dangerous aspect of a presidential system which can easily create authoritarianism or much worse as he/she controls the military and the bureaucracy. I am only outlining the barebones in this article.

In a parliamentary system, the executive functions are pinned down to extensive procedures and these procedures are effective unless there is something basically wrong in party politics. In a presidential system there may be some procedures (i.e. COPE in Sri Lanka) but those procedures may or may not be effective. Most Presidents might be laughing at them.

A democratic system of Government includes what are termed democratic freedoms, the freedom to vote, freedom of opposition, freedom of speech and writing, and the rule of law, among other freedoms. Do these freedoms alone satisfy the people? I do not think so.

Usually there is no denial on the part of anyone who believes or defends a presidential system that there would be a democratic deficit as a result of a presidential system. In the case of Sri Lanka, however, this deficit is colossal. The shooting at Weliweriya and the Presidential system are interlinked. As the popular saying goes, ‘there is no point in shouting that the snake is biting (kanavo, kanavo!),’ if you put the fellow inside your sarong.

There is another constitutional factor relevant to Weliweriya shooting. Who is the Member of Parliament for the Weliweriya area? What was he doing? No one can answer this question I believe. In the previous representative system, it belonged to the Gampaha seat and it was SD Bandaranaike who represented the people in the area in Parliament in 1977. Those days there was a close connection between the people and the parliamentary representative and in any local issue, the MP intervened or mediated. This has almost completely disappeared to the thin air under the present Presidential Constitution. I recollect during my young days in the Moratuwa electorate how close and how responsible the MPs behaved with the people. This is the same where I live now in Australia, the electorate called the Green Way. In Sri Lanka, this has changed to create an authoritarian system even MPs divorced from the people not to speak of the President.

When the presidential system was introduced to Sri Lanka it was mainly defended on the basis of an economic argument. I happened to interview President Jayewardene in April 1993 and he opined that it was also created to defend the country from possible separatism that time. He said that there was a call to ‘do a de Gaulle.’ But the experience has proved otherwise. The country became ripped apart after the introduction of the presidential system. One may argue whether this is a direct result or not. It may be true that the presidential system perhaps facilitated the defeating of the LTTE quickly, but at a particular cost to democracy. The saying goes that ‘when you fall into the pit you have to come out from the same opening.’

President Rajapaksa has gone beyond de Galle or Jayewardene. In fact he has virtually ‘done a Mugabe’ with the 18th Amendment. With the massive military and the bureaucracy under his beck and call he hopes to continue to be the ruler of this country like President Mugabe in Zimbabwe unless it is stopped through a broad and a strong opposition through democratic campaigning. What is important is to end the vicious cycle of violence and violations by terminating the presidential system by an authentic parliamentary system with a fair system of devolution of power.