Skip to the content
Given what we know of the Opposition&#8217s declared approach and policy at this stage, I am unconvinced that we should vote Mahinda Rajapaksa out. Adjust is required even imperative. But what type of modify, where, when and to whom? There is a case for peaceful democratic regime change, but what has the current Rajapaksa regime to do with the decades older Executive Presidential technique, which is a kind of state? 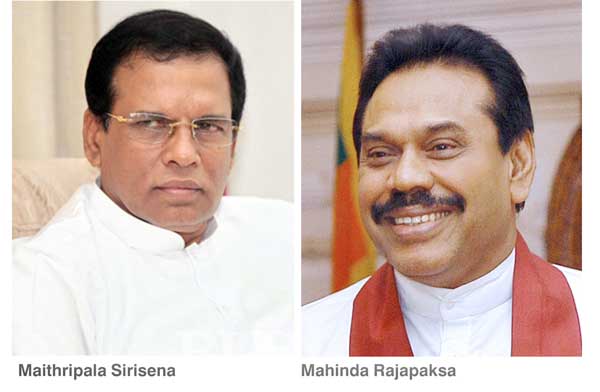 The present decision in Sri Lanka &#8211 and the answer to those vital questions &#8211 is excruciatingly straightforward. On 10 December, International Human Rights Day, Sirisena addressed a civil society coalition and assured it (and the nationwide tv audience) that he &#8220was searching for to occupy the chair of the presidency not for the goal of remaining in it but precisely for the objective of abolishing its power and going home.&#8221&nbsp

Now this was throughout the exact same television newscasts that showed the correct nature of the place and the persons he was pledging to transfer the power of the Presidential chair to, namely the parliamentarians who just before our quite eyes, and at that quite time, have been engaging in a game of musical chairs! So, if we are to trust Sirisena&#8217s pledge, we can anticipate the disempowerment of the Presidential chair (and its occupant, to wit, Sirisena), which is anchored in the democratic consent of the majority of our citizenry (50.1% of the vote), and the empowerment of an institution susceptible to musical chairs.
Who is to say that in a post-Mahinda period, a hung parliament barely topped by a self-enfeebled presidency with residual executive powers will not be susceptible to decisive manipulation by a concerted infusion of money from the secessionist network of the Tamil Diaspora? Who is to say that such a maneuver by the Diaspora Tamil Eelamists will be unable to engineer a government of its decision which will pledge the withdrawal of troops from the North?
In the new configuration as created by the Opposition&#8217s strategists, domestic and external, the residual presidency of Sirisena will not and structurally cannot be the decisively preeminent power center. It will be the PM and the Cabinet. The dominant political poles of attraction are far more than likely to be Ranil Wickremesinghe and Chandrika Bandaranaike Kumaratunga.&nbsp