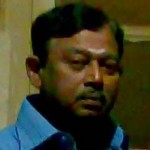 Prof. Sivayogalingam  passed away day before yesterday. He was a Senior Lecturer attached to the Department of Political Science of University of Peradeniya, passed away day before yesterday. Last week he has sent couple of his articles to CT. One article; “Muslims Are The Present Target Group For Sinhala Hegemonic Nationalists” was published last week. We publish below another article by him – CT

Sri Lankan society is an ethno-religious mosaic and within the ethnic groups, there are clear religious divisions as well. To a certain extent, ethnicity and religion also have a regional basis, which is a significant reason why the Tamil militancy has a strong geographical dimension, which extended to the demand of a separate independent state. Of the ethnic and religious groups, Tamil Hindus predominate in the Northern Province and maintain a significant presence in the Eastern Province. The Eastern Province is an ethnically mixed area where Tamils, Muslims and Sinhalese are found in sizeable numbers even though Tamils have a slightly higher statistical edge. Indian Tamils—the descendants of laborers brought from Southern India by the British in the 19th century to work on tea and coffee estates—are concentrated in parts of the Central, Uwa and Sabaragamuwa Provinces. Sinhalese Buddhists predominate in all parts of the country except the Northern and Eastern Provinces. Muslims have a significant concentration in the Eastern Province, but generally are scattered throughout the country. Christians maintain a significant presence in the coastal areas as a result of over 500 years of constant European colonial presence and the consequent Christianization of significant numbers of the population in these areas. However, Christians are found in all parts of the country in small numbers. Malays are mostly concentrated in and around the city of Colombo and the Western Province.

By the time Sri Lanka achieved independence in 1948 from the UK, there were expectations that the country would become a model democracy. Universal adult franchise had been introduced in the 1931, democratic institutions and traditions had been in place and political violence was not an issue. Moreover, by the 1950s literacy in Sri Lanka was on the rise and there were no serious indicators of economic or social catastrophes of the years to come. However, even before independence, there were clear indications of ethnic politics that were to emerge later.

The ethnic conflict in Sri Lanka has many root causes and consequences that are closely interlinked. It is primarily can be broadly identified as: Ethnic politics and the interpretation of the past; Politics of language; Politics of education; and other factors, including employment and land.

The Emergence of Ethnic Politics

Relations between Tamils and Sinhalese have not always or consistently been antagonistic. This happened only in times of external threats from South India after the formulation of clear Sinhalese and Tamil ethnic or cultural identities in the 9th (or 12th) century. These wars were wars of dominance fought between regional rulers and were not ‘race’ wars as defined later. Historical chronicles compiled by Sinhalese Buddhist monks defined these wars as campaigns undertaken to protect Buddhism and the Sinhalese nation. Meanwhile, one million Indian Tamils were disenfranchised in 1948 under the Ceylon Citizenship Act. Of this, approximately 350,000 were repatriated to India under the Indo-Ceylon Agreement of 1964.

In addition to the barriers imposed by the continued use of the English language as the official language after independence, the emerging nationalist forces perceived that Sri Lankan Tamils had access to a disproportionate share of power as a consequence of educational opportunities in the colonial period and were also disproportionately represented in the civil administration. Moreover, considerable mercantile interests were also controlled by non-Sinhalese groups. These fears and concerns were a basis for the politics of language that was to emerge.

As early as 1944, politicians proposed resolutions in Parliament to declare Sinhalese the official language, while other amendments proposed both Sinhalese and Tamil as official languages. In 1956, S.W.R.D Bandaranaike was elected Prime Minister with a main election promise of establishing Sinhalese as the official language of the country, replacing English. The new government fulfilled this promise—through the passage of the so-called “Sinhalese Only Bill” (Official Language Act, No. 33 of 1956)—soon after the election giving no status of parity to the Tamil language.

The language issue in many ways brought the Sinhalese-Tamil conflict into the forefront of Sri Lankan politics. In terms of the dominant strands of Sinhalese nationalism, the Sinhalese language along with the Buddhist religion necessarily had to occupy the pre-eminent position in society. This was perceived to be the only way the glory of ancient Sinhalese civilization could be revitalized. Even though Tamil has been decreed an official language along with Sinhalese in terms of the 13th Amendment to the Constitution (in 1987), the damage caused by the politics of language generally remain unaddressed. Moreover, the vast gap between the official recognition of Tamil as an official language and the practical implementation of the provisions and conditions it entails, is yet to be bridged.

Since the 1970s, access to education—particularly access to higher education—has been ethnicized. In addition, many other aspects of education—including the structural organization of schools and universities, contents of textbooks and training of teachers—have impacted directly on ethnic conflict. Compared to other ethnic and religious groups in the country, Tamils have had strong cultural norms which valued education. Many Tamils attended English language schools which were the passport to higher education and better employment in the colonial period. As a consequence of well-funded American missionary activities, the Tamil-dominated Northern Province had comparatively better facilities for English language and pre-university education.

In this context, post-independence Sinhalese nationalism sought to curb the Tamil presence in education and thus also in the professions and civil administration. While the passing of the “Sinhalese Only Bill” was one attempt in this process, more direct hurdles were placed on the path of Tamils’ realization of educational goals since the 1970s. The constitutional provisions in the 1972 Constitution favoring the Sinhalese language and Buddhist religion, along with their educational policies, convinced many Tamils that they had been perceived as a marginal community.

From 1971 onwards, a new “standardization” policy was adopted, which ensured that the number of students qualifying for university entrance from each language was proportionate to the number of students who sat for university entrance examination in that language. In real terms this meant that Tamil speaking students had to score much higher than Sinhalese speaking students to gain admission to universities. This also meant that for the first time, the integrity of university admissions policy was tampered with by using ethnicity as a basis. In 1972, a district quota system was introduced in order to benefit those not having adequate access to educational facilities within each language. These changes had a serious impact on the demographic patterns of university entry.

In general, these policies seriously impacted upon not only the chances of Tamils to gain access to higher education, but also on the overall process of ethnic relations as well. In 1977, the language-based admission policy was abolished and since that time various adjustments have been introduced on the basis of merit, district quotas, disadvantaged area quotas, etc. While the obvious ethno-linguistic discrimination of the 1971 policy has long been dismantled, many Tamil youth still feel that they are discriminated against in access to higher education.

As mentioned above, both language and education policies have placed barriers on employment, especially in the administrative and professional ranks in which Tamils were at one point “overrepresented.” as a result of the discrimination that has occurred in state sector employment practices over time, there is a tendency among many Tamils to perceive of themselves as generally discriminated against in employment. According to the census of public sector and corporate sector employment in 1990, Sri Lankan Tamils accounted for 5.9% of those employed in the state services. This represents a significant drop from earlier years.

Ethnic Conflict and the Issue of Land

The issue of ownership over and access to land has also been a consistent area in which ethnic politics in Sri Lanka have manifested, and have sustained themselves over the years. As noted, one of the peculiarities in the demographic patterns in Sri Lanka is the relative concentration of certain ethnic groups in certain geographical regions. The clearest site of politics of land and ethnicity has been in the sparsely populated areas of the dry zone in the North Central Province and the Eastern Province. When post-independence governments decided to settle poor Sinhalese farmers from the densely populated wet zone areas of the country, many Sinhalese politicians and people in general viewed the process as a “reclamation and recreation in the present of the glorious Sinhalese Buddhist past.” The so-called “colonization schemes” became an integral aspect of Sinhalese Buddhist ‘nation-building.’

Not surprisingly, the Tamils had a completely different perception of the colonization of the dry zone. The notion of the ‘traditional Tamil homeland’ became a potent component of popular Tamil political imagination. Since Sinhalese irrigation settlements in the North Central and Eastern Provinces occurred under direct state sponsorship, it appeared to many Tamils as a deliberate attempt of the Sinhalese-dominated state to marginalize them further by decreasing their numbers in the area. The colonization schemes did alter the demographic patterns, particularly in the Eastern Province in a significant way.