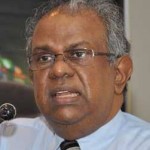 The Secretary to the Select Committee of Parliament to Recommend and

Report on Political and Constitutional Measures to Empower the People of

Sri Lanka to Live as One Nation,

Representations to the Select Committee of Parliament to Recommend and Report on Political and Constitutional Measures to Empower the People of Sri Lanka to Live as One Nation, Promoting Social , Economic, Political and Cultural Development and Ensuring that All People will Preserve and Promote Their Respective Identities and Live With Dignity and Security as One Nation and Enhance the Unity of People of Sri Lanka

I refer you to the public notice dated 10th July 2013 in the above connection issued under your hand and have pleasure in making my submissions for due consideration by the Parliamentary Select Committee.

I submit that the objectives as set out in the terms of reference of the Parliamentary Select Committee referred to above cannot be achieved on a sustainable long term basis within the present political structure/culture and in terms of the present Constitution.

I therefore submit that it is essential for the Parliamentary Select Committee to present in its recommendation sand report that the under noted fundamental political and constitutional measures be introduced to give effect to the;

I however believe that unless in the interim and as an immediate priority measure, political and constitutional action steps are taken to ensure effective, efficient and economic good governance, democratic freedom, rule of law, justice, equity, social justice and environmental sustainability the objectives set in the terms of reference of “Empowering the People of Sri Lanka to Live as One Nation, Promoting Social , Economic, Political and Cultural Development and Ensuring that All People will Preserve and Promote Their Respective Identities and Live With Dignity and Security as One Nation and Enhance the Unity of People of Sri Lanka” will not be realized.

Therefore this submission is restricted to Political and Constitutional changes aimed at good economic and social governance, democratic freedom, rule of law, development of ethno religious harmony only. The relevant submissions are detailed in annexure.

What happened on July 23, 1983 was not the event of a single day in history. The impact of that day lives on and with each passing year the situation of the rule of law in the country has become worse.

The 1978 Constitution was quite incompatible with the rule of law and democracy. Since then there have been several events which challenged the law as well as the traditions that had prevailed up until then. There were the cases brought against Mrs. Sirimavo Bandaranaike, the former Prime Minister and her close collaborators. There were constant physical attacks on opposition political meetings, including the physical attack on the late Dr. Ediriweera Sarachchandra, one of the county’s best known intellectuals. Then there were the constant attacks on the trade union movement which culminated in the sacking of all the workers who participated in the nation-wide general strike of 1980. Relentless attacks on the freedom of the press continued. And then there was the 1982 referendum to prevent the election for the parliament so as to allow the Members of Parliament elected in 1977 to continue for another term of six years.

All this and many other moves on the part of the J.R. Jayewardene regime shook the foundations of democracy and the rule of law. However, the older traditions did not die easily. The people still believed that the earlier framework of the law and democracy was still valid and there was strong resistance to Jayewardene’s scheme.

When the news of the ambush and killing of 13 soldiers in the north came to the ears of President Jayewardene he was shrewd enough to see that, “another great opportunity has come for him to push through his scheme”. The request to have all the funerals in Colombo was an invitation for a riot. He knew it and anyway, his Prime Minister, R. Premadasa, paying him a visit with the then Mayor of Colombo, Sirisena Cooray, had warned him that if the funerals were to be held in Colombo that day riots would break out all over the country. Their request was that he, as the president, should take action to prevent this. This, Sirisena Cooray records, was agreed to by the president. However, President Jayewardene was never known to be a man to keep his word. He let the funerals take place in Colombo and as predicted, riots did break out. However, no one was able to predict the extent to which the riots would spread and that Sri Lanka would never be the same again. Perhaps a simile is what the attack on the Twin Towers did to the United States.

This riot was no spontaneous event. The head of the state himself played a key role in letting the riot take place in his country. This is the very opposite of the notion of the role of a head of state in that it was his job to maintain peace. And when there was a threat of an extraordinary nature it was his task to take whatever measures necessary to maintain peace. But here in Sri Lanka the head of state did all he could to fan the flames.

Besides this, it was then, as it is now, the task of the police and the military to stop any breach of peace. However, in this instance it was the military that initiated the riots. Later investigations revealed the extent to which the military was involved in spreading the violence. The police complied with the requests to look the other way and took no steps to put out the fire.

Naturally the attack on Tamil business premises, homes and individuals spread, literally, like wildfire. The smoke arose from the capital city itself and the pictures of the houses burning and of the wounded people was seen around the world.

It is not necessary to go into the details of the horrors of the day which are quite well documented and which are also written in the memories of those unfortunate enough to witness the events. What is essential from the point of view of assessing the impact of what happened on that day on the rule of law system and democracy is that this violence was initiated with the blessings of the head of state and with the participation of the military and the support which was a result of the passivity of the police. Besides this the ruling party actively participated in attacking the business premises, houses and Tamil individuals. Therefore the claim that this was a riot initiated by the ruling regime with the full participation of state agencies may be fully substantiated.

It was the events of the day and the subsequent steps taken by the government to prevent any kind of measures to ensure accountability that resulted in the loss of faith in the capacity of the rule of law system to survive in Sri Lanka. Accountability of course was impossible when the head of state himself and the military was deeply involved in the causing of the riot and the violence that followed.

Ever since then, no government has taken any significant steps to restore the rule of law system from its collapsed state. Neither has the country’s judiciary made any decisive intervention to safeguard the rule of law system despite of the fact that their own legitimacy and their very survival depended on their ability to protect the system when challenged.

All subsequent events have, as is only to be expected, worsened the situation. Perhaps the only significant action that was taken to revive the rule of law system was the passing of the 17th Amendment to the Constitution with a rare consensus within the parliament. However, this attempt was thwarted in many ways and finally the passing of the 18th Amendment ended even the possibility of making a change for the better.

Thus, the requirement of the survival of the 1978 constitutional scheme, which is the complete displacement of the rule of law system, has been achieved. The executive president, whoever he may be, can take advantage of the situation without any fear that there is any law to stand against him.

I think it is not inappropriate to reproduce one of the poems which I wrote as the events were taking place then in July 1983.

You burned the buildings

And put me in prison.

You threw their infants into fire

And called me inhuman.

You murdered in open daylight

And blamed me for wanting blood.

You turned my neighbour into a refugee

And said I was responsible.

You looted his hard-earned property

And called me a thief.

You imprisoned him and killed him

And named me a brute.

You befriended thugs and I their victims,

But you made me the accused.

I who was grieved

My neighbour, my friend,

My guru and fellow worker,

When he died, when he went into hiding,

When he fled to escape the mob,

Suddenly departed to other lands

Empty handed, I, who cried holding his hand

At the harbour bidding him farewell,

Am now to bear this insult.

You say its peace

When you put the blame on the innocent.

You say its stability

When you protect the culprits.

You say its honesty

When you hide the reports,

And hush the inquiries,

Spreading falsehood among the nations

Having a laugh at a restless land,

But I cannot sleep.

I have lost all appetite.

You think you are successful

I know wounds of defeat

Will long live with me,

While denying reports that the Sri Lankan Navy had fired on Indian fishermen, President Mahinda Rajapaksa said that he instructed the Navy to carry out a detailed investigation into the incident, the Hindu reported today.

Talking over breakfast to foreign correspondents at his Temple Trees residence in Colombo this morning, he said that the Sri Lankan Navy was not involved in the incident.

Asked if Prime Minister Manmohan Singh had spoken to him about the incident, he said that the Prime Minister had not. Asked if the Sri Lankan government would take action in the event of the firing being committed by its security forces, he said that despite the preliminary investigation – which established that the Navy was not involved — he had asked the Navy Commander to conduct a detailed investigation.

The Sri Lankan Navy’s chief of operations, said that the incident occurred well within the Indian waters. “The sea is very shallow in these areas and the position of all our ships’ locations are monitored by land-based and other equipment. This is in the open and anyone can check,” he told The Hindu, denying that the Sri Lankan Navy had anything to do with the incident.
>> Full Story