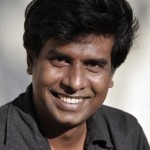 Edward Snowden was unknown, just as Julian Assange was a nonentity until he blew a whistle.   The disclosures regarding the extent, pernicious character and the political economy of surveillance has raised the ire of a lot of people.  Americans of the United States, in particular, are livid about this invasion of privacy, apparently sanctioned by the self-appointed high priests of democracy and freedom (not just for the citizens of that country but the rest of the world as well) themselves.

It has been wryly observed that ‘White America’ seems to have just woken up to smell the coffee, so to speak.  For that ‘America’ largely insulated from the horrors of the world and the tragedies at their doorstep, Snowden is a ‘newsmaker’.  For large sections of the ‘other’ America (of the US), as well as for the rest of the world, unburdened of illusion a long time ago, it is just something that spilled into the comfort zones of privilege.

The truth is that Big Brother never blinks, although he can be so blinded at times by ignorance and arrogance that he misses both wood and tree and errs terribly.  Mohamad Tabbaa, a doctoral student in Criminology and Law and the University of Melbourne has laid it out well in ‘Suddenly, white people care about incursions’, an article that’s available at www.salon.com.  He notes that for many in the USA, government surveillance has been a regular part of life, especially since 9/11. He asks, therefore, ‘So why the outrage now?’ and murmurs, ‘Welcome to the world of the Muslim, post September 11’.

There’s a lot of truth in the assertion for if privilege in that country has a color, it is white.  But there are whites and there are whites.  The class structure is not white-on-top and  non-white-below.  There is ‘white poor’ and there are whites who object to much that ‘Big Brother’ does.  The anarchists, in particular the ‘Black Bloc’ associated with the anti-globalization protests in Seattle in November 1999, were white.  The communists hounded during the McCarthy weren’t all non-white. Ethel and Julius Rosenberg were hanged. They were white.

The demarcating factor is perception of threat to a fairly well established system of privilege.  The mover is fidelity to a project of sustained exploitation and control.  Barack Obama, self-appointed grand abbot of democracy and freedom didn’t mince his words when he said that if you want security you must submit to surveillance.  The point, however, is that surveillance is not about public security.  It only gives that impression.  It is about system-security where ‘system’ is about exploitation, plunder, strategic needs to sustain these etc.  The ordinary US citizen has to submit him/herself to surveillance so that system stays.

Some say it’s all exaggerated.  Here’s a story that will demonstrate the no-stone-unturned bottom line of anxiety and control that is an integral part of the US ‘security’ system.

In the year 2000, I wrote a series of articles titled ‘Sketchbook USA’ for the Sunday Island.  It was all about my experiences in the USA, my observations during the7 years I spent in that country as a student. One of the articles was titled ‘My professors and friends’.  I wrote about the teachers I respected most, learned from the most and were more colorful than their colleagues.  Among them was Geoff Waite of the German Studies Department.

‘Geoff Waite, the only card-carrying member of the Communist Party at Cornell University and Professor of German Studies, who taught Marx, Nietszche, Freud, Lacan and Althusser to both undergraduates and graduate students, was far more relaxed. All he wanted from us was that we maintained a journal, i.e. write regular commentaries on the reading material or the class discussion. “As long as I am convinced that you are doing some serious thinking, I will be satisfied,” he would say.’

‘Card carrying member’ was shorthand for ‘radical’, ‘brave’ and ‘unique’.  I didn’t spell it out because it was a light piece.  The person who used that phrase, one of Geoff’s doctoral students, didn’t spell it out either.  He knew, I knew. That was enough.

This was in a Sri Lankan Sunday newspaper. A light piece, as I mentioned.  It was not ‘missed’ by whoever does surveillance in Sri Lanka for the CIA/FBI though.  The FBI paid Geoff a visit, I learned a couple of years later.  Maybe I was naïve.  Geoff obviously wasn’t.  He had observed, I was told, ‘Malinda screwed me’.   I was so naïve that when I was informed of this, I couldn’t imagine how on earth I could have caused any harm to that lovely man endowed with one of the sharpest minds I’ve encountered.  It took me a few months to figure out what must have happened.

Mohamad Tabbaa is a student in Australia. I don’t know which country he is a citizen of.  He is being watched now, if he was not being watched before.  What Snowden has revealed is far more sinister; people are being watched in terms of a ‘just in case’ logic.

And it is unlikely that governments other than the one in Washington haven’t picked a surveillance leaf from that nasty book.

How do we respond?  Vigilance.  Counter-surveillance.  Solidarity.  Flipping the script is not easy, but flipping is a non-negotiable if you value your privacy, your freedom.  Play peek-a-boo.  It works.  You make them angry.  They slip.  They may have superior technology.  You can counter it all.  If you have a heart.  And of course a mind.  It is easy to lie but easier to be honest.  Especially if you are being watched 24/7.

Just remember: if you’ve bought their lie, the more pernicious mechanism of incursion is resident within you.