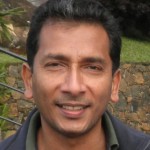 So we come to however another time of electioneering where politicians run a circus to amuse the rest of us. And, to a huge extent we oblige, exchanging cartoons and videos through social media and even reading posters and cutouts smiling down on us from giant hoardings.

Nearly specifically 5 years ago, I had to lead a team from the University of Colombo College of Computing to help the Elections Commissioner in the final processing of results. As has been accomplished at all Presidential and Basic Elections considering that 1982, our group ensured that an error-free of charge processing was carried out in the course of that election as well. Nevertheless, most readers would bear in mind that specific election for the new term coined by an opposition politician, namely the pc jilmart, which was alleged to have taken spot to make the incumbent win. In hindsight, this was completely understandable owing to the heightened expectations of the opposition at the time. It was nevertheless distressing to our group, since it marked the very first occasion for aspersions getting cast not just on our competency (which of course is crucial to us), but more crucially also our independence. Although the independence of universities even given that then has eroded, the University of Colombo College of Computing has in all its dealings at least with the Elections been fiercely holding on to our reputation of neutrality. Those who are even indirectly involved in politicking are not welcome on the group assisting the Elections Commissioner.

How then can we clarify the ‘computer jilmart’ phenomenon, or the scenario that prompted it – an apparently inexplicable defeat of a well-known opposition candidate? Elsewhere I’ve written about the focus of the two campaigns – a single on these aspects considerably far more standard and reduce down on Maslow’s hierarchy of wants, and the other on problems considerably higher on that scale such as the freedom of speech, anti-corruption and the rule of law. Here I wish to focus on one thing significantly much more fundamental, and effortless to comprehend: the whole election method. 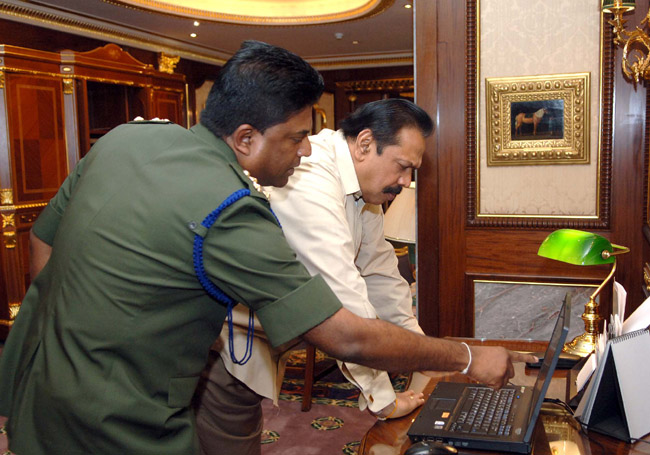 It is our extremely own honorary citizen Sir Arthur C. Clarke who famously stated that any sufficiently advanced technologies is indistinguishable from magic. It is also in the human psyche to attribute things that are inexplicable to a pretty surface level logic, to that identical ‘magic’. Offered these two, it is not rocket science that enabled the esteemed opposition politician to conclude that the election loss, which so defied the logic of what occurred on election day (fairly peaceful if my memory serves me), was due to the magic of technologies.

5 years on, most severe observers are clear that the election of 2010 was not won or lost on Election Day – just as this one particular wouldn’t be. Rather, it is to do with a program that is doomed to have a common outcome that hugely favours any incumbent. Even though at the outset, incumbents (initially Prime Ministers sans the executive powers of the President of the 1978 Constitution) have been not prone to blatant exploitation of a constitution that didn’t call for them to step down prior to elections, the powers of the executive presidential system tends to make the population have to depend solely on the magnanimity of an incumbent in order to enable the utopic cost-free and fair election to be held. This is hardly a hope that a hapless voter can hold on to specially at a Presidential Election. Its effects even so will also frequently spill over to Parliamentary Elections as we have witnessed in the past. What is even a lot more depressing nevertheless, is that nowadays, they even reach down to Provincial and Local Government levels.

The Treasury is reported to have already released a preliminary estimate that the coming Presidential Elections will cost the government some Rs ten.five billion – of which just Rs two.five billion is for the Elections Commission. This is with out taking into account the huge magnitude of the private funds that the country will commit on this election, in a context exactly where the ordinary voter is challenging pressed to eek out an existence amidst an escalating cost of living.

Far as well few efforts have gone into enumerating the several and often ingenious techniques in which a common incumbent utilizes their position of energy during election time to use the state machinery for unfair advantage. This is celebration owing the difficulty in acquiring correct details and partly owing to fear of over stepping the mark assigned to the media. Considerably of it is also in English rather than Sinhala or Tamil, which an incumbent can tolerate, with the sole exception of social media channels. The unfortunate reality is that social media information is often construed to only be partially true and far more typically exaggeration and not really precise.

Far more lately however, some of these hidden modes of operation have begun to be seen by the public, typically owing to over-enthusiastic politicians wanting to hit the radar of the incumbent himself. Although expenses of a helicopter ride for political motives can not be readily identified by the public, a rally of heavy-duty SUVs or higher-powered motorbikes is a much far more identifiable misuse of public property for political gain. People are also becoming far more conscious of the expenses of huge posters and cutouts than ahead of, because these have turn into commonplace now.

Nevertheless, behind these sorts goofs that some crass supporters make, come ever a lot more sophisticated and subtle methods of abuse that is below the public radar. Even right now, the news and data channels most widely accessible to the majority constitute of these nearly solely under an incumbent administration. Whether Tv, Radio or Newspaper, these project nearly solely a single view, with even the mildly critical views getting zero airtime/space. Even the most obvious of ‘gimmicks’ such as short-term price reductions certainly are profitable in communicating subliminal messages to an economically challenged populace. The shameless purchase of opposition MPs and coercion of own MPs with threats of disclosure are each largely beneath the table dealings that an incumbent is properly placed to exploit. ‘Progress review’ of ministries with the incumbent are yet another subtle subversion of the program, often exercised utilizing the reputable powers of Secretaries of Ministries. These are even better guised, since they are named by these CEOs of the respective Ministries, who have the energy to take action against those who do not comply. Owing to the level of executive powers vested in any incumbent, and their rising tendency to use all at their disposal, the bureaucracy is typically compelled to comply or jeopardize their careers. We require to salute the extremely couple of independent folks who created that ultimate sacrifice of relinquishing their public office or becoming demoted or transferred on account of valiantly attempting to remain neutral. Some of them, such as CJ43 are respected and could even be reinstated some day, although other individuals in much reduce positions, such as Government Servants or Police Officers, will never ever be really identified or recognized.

So, what hope is there for a non-incumbent to win an election? Really small, in the new dynamics of absolute energy and sophisticated concealment. If an opponent can only match an incumbent in terms of issues facing the country, he is almost doomed to drop – he has to far surpass the incumbent in order to come anywhere near his 50% objective. Almost any campaign that is fought fairly on troubles, is bound to be won by the incumbent owing to the motives above, as well as to the basic fear of the unknown of the masses. Enfranchised Sri Lankan society initially had pretty quick memories and kept electing alternate parties to energy till 1977. Since then even so, the pattern has changed drastically. It is not to do with longer memories that we have been abruptly bestowed with, but rather the physical exercise of the improved executive power by the incumbent, which renders it nearly self-destructive not to use such power during elections. If we place ourselves in the shoes of an incumbent, would we have what it takes to defy all our advisors and supporters and desist from using the powers that we legitimately enjoy under the constitution that we govern below? I like to recommend that the answer is yes, if we have a larger sense of accountability than the letter of the law. However, that kind of magnanimity would be rare not just in Sri Lanka, but also in much (if not all) of the building globe.

What does all this mean to us at this election? Please, please, don’t wait for the election day, and then get in touch with foul – spelt j-i-l-m-a-r-t in Sri Lanka now. The jilmart happens ahead of the election, as it has happened in increasingly far more sophisticated techniques ever because the executive presidency started in this country. It is embedded in the constitution, it powers the campaign of an incumbent, it is in the valiant and disproportionate efforts of opportunistic junior (and even much more disappointingly inept senior) politicians, it is in the thousands of squandered man-hours of disempowered public officials, it is surprisingly in the prospering organization neighborhood benefiting from direct and indirect cronyism (in the name of ‘stability’) and it is in the voices of the destitute who’s only hope is to hang on to meager handouts already received, in the hope for more in the future.

Does this imply that a alter of regime would solve this difficulty? Clearly not! Whilst successive Executive President’s have misused their powers to differing extents, it is clear that none have been in a position to be entirely magnanimous in desisting the use of their legally bestowed powers. This is why, the only way out of this cycle – or rather, this downward spiral, is to get rid of the inordinate powers vested in any future President. The present incumbent, far more than any other could have carried out it with the huge majority he had in Parliament. Most would argue that these powers had been required for wartime, even though some would dispute that too. Some would go onto argue that such powers are needed for fast financial improvement, even though most would dispute that. This argument nonetheless hinges on the emergence of a so-referred to as benevolent dictator which by now even the most optimistic Sri Lankan need to relegate to wishful pondering. There is almost certainly more sense in waiting for Godot. In such a context, it seems that there is no other choice in this post-war era in Sri Lanka, but to change the executive presidential method by whoever wins the election on January 8th.

No matter whether the incumbent wins, or the challenger is productive, we as citizens of this nation, need to have to make it clear in no uncertain terms that we have had sufficient of this method, and demand that our voices be brought to bear on any future Sri Lankan government. The vote on the eightth of January is not so considerably to do with which of the major contenders are more worthy of our allegiance, but rather whether Sri Lankan society has come of age, to send a clear signal to whoever who wins, that we do not trust any individual with the absolute energy that the presidential program endows them. It is in the end no matter whether voters can give a clear message to whoever becomes President that their vote is for ushering in a new type of democracy primarily based on the principles of meritocracy rather than of cronyism.