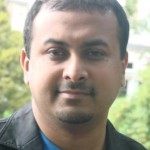 I not only found this article laughable but highly delusional in the assumptions that the Muslim community would entertain any notion of an alliance with the TGTE, whose singular premise has been to extend the LTTE mantra and campaign on a separate Tamil state.  Making this statement, the TGTE was not necessarily ‘concerned’ about the Muslim community per se, but it was aimed at showing the ‘intolerance’ of Sinhala Buddhist chauvinism.  At quite a crucial time for Sri Lanka, during the anniversaries of the Black July pogroms 30 years ago, the article aims to draw parallels with then and now and to show that nothing has changed.  Yet interestingly it seems to have taken the TGTE 4 years since the end of the conflict (and the occasions of these incidents) to publicly reach out to the Muslim community

At one level, it is rather presumptuous  and hypocritical of the PM of the TGTE to call for solidarity with Muslims and to suggest that there is a secure future for them in a Tamil state.  The experience of the Muslims with the Tamils has far from been the case.  Without acknowledging let alone at least apologising for what took place in Jaffna and the north in 1990, with the ethnic cleansing of the Muslim community by the LTTE, the TGTE’s sincerity will be questioned and the notion of the safe presence of Muslims in a Tamil state is merely academic.

However it is not just the expulsions from the north that needs to be discussed.  There are other elephants in the room that need to be acknowledged between the Tamils and the Muslims. Whilst the end of July was the anniversary of Black July, the beginning of August brought about two poignant yet painful memories for the Muslim community of the 30 year old war which apart from discussions on facebook, didn’t elicit much of a public response.

The horrific shootings at the mosques in Kathankudy, Batticaloa Province, in August 1990 by the LTTE is a painful reminder that the sanctity of religious places of worship is a stain on inter community relations in Sri Lanka and is not something that has been only violated by today’s proponents of Sinhala Buddhist extremism.  Visit Kathankudy today and the physical scars of that day are just as visible as the mental scars.

Fast forward to August 2006, and the precursor to the start of hostilities between the government and the LTTE which led to the end of the conflict in 2009, triggering international protests around the world for the way it ended, the killing of civilians and treatment of displaced people. Almost 50,000 mainly Muslims were displaced once again by the LTTE  from the village of Mutthur in the Trincomalee district, after leaflets were sent around the town  by the LTTE in April of 2006 warning Muslim residents to leave,  in a scene almost reminiscent of what happened in Jaffna in 1990.   Despite this mass exodus of people from the  town and being kept in refugee camps, the international outcry and remembrance will be for the 17 aid workers who were killed in Mutthur during this time.  What is also little talked about apart from the actual displacement and the refugee crisis that ensued are the eyewitness accounts that talk about how LTTE cadres intercepted evacuees from Mutthur and separated youth from the group, executing them,  with some dying as a result of government shelling.

Without such acknowledgements and recognition of such incidents, the rhetoric of TGTE and many other Tamil representatives (both outside and within Sri Lanka) ring hollow as they opportunistically ‘reach out’.

Of course the opportunistic hypocrisy is not just one sided.  There are those in the reconciliation movement who will have to ask themselves some serious questions as they fail to address the trajectory of Sri Lanka currently.  30 years ago when the mobs came hunting for the Tamils, many Muslims were warned that their time would come. It seems recent incidents involving the Muslim community seem to be proving this statement to be true.  In the week of the commemoration of the Black July anniversary, there was a lot of naval gazing and hand wringing as people  not only openly apologised for the sins of their community but also spoke eloquently about the need for lessons to be learnt.

Yet a few weeks afterwards in the wake of an attack on a mosque in Colombo, seeming to put into action the threats from 30 years ago, it was evident that those laments were nothing more than just rhetoric.  The deafening silence of many prominent Sinhalese activists (a large number of them Buddhist), especially those involved in reconciliation work, a large number of them friends (from the UK),  has not only been disappointing, but frustrating and disheartening.  In the height of the real challenge for reconciliation for the country, it was met with silence and inaction.

Thus in that light, the premise of the article the PM of the TGTE could be interpreted as right:  The actions of the minority extreme Sinhala Buddhist elements actually reflect the sentiment of the majority. If that is the case, then there is no hope for any united Sri Lanka where anyone who is non Sinhala Buddhist can hope to live peacefully. One can argue whether that would also exist for non Tamils in the TGTE, but again that is academic.

There are many who argue that had they been able to, they would have spoken out or tried to help during Black July as lessons were learnt  The opportunity that they missed then presents itself now.  In the absence of any real effort to tackle ethnic and faith problems now, all the rhetoric of reconciliation (by all stakeholders) smells just of opportunistic hypocrisy.

If we truly want reconciliation, then we have to be consistent and at least speak out against any injustice perpetrated in our name.

*Amjad Saleem is the Head of Communications for The Cordoba Foundation, a Muslim-inspired ‘think and do’ tank which provides an alternative communication channel for thought leaders and policy makers on intercultural and religious dialogue, social justice issues and peacebuilding between communities. He is their lead on the Conflicts, Development and Faith Programme and on subjects including South Asia, conflict reconciliation and interfaith dialogue. Prior to this, Amjad was Country Director for British NGO Muslim Aid in Sri Lanka and Bangladesh. He has an M.Eng from Imperial College, London, an MBA from U21Global, and is currently pursuing a part-time PhD at Exeter University on faith in post conflict reconciliation. He has lectured part time at the University of East London and Lawrence Tech University in Michigan, and regularly contributes to online journals, websites as well as other media