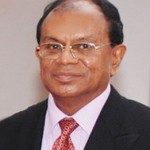 Nationalism has been the main guiding ideology of many of the countries in the world in modern times, and even before, whether we like it or not. If nationalism could be replaced completely by liberalism or socialism, or by a combination of both, the world would be a better place to live. But that is not the reality as at present. Both liberalism and socialism have often capitulated to nationalism, and worst of all to ethno nationalism. This is the case in Sri Lanka and elsewhere. But this is not to give up hopes. Sri Lanka or the world at large still has a chance, if civic nationalism could be strengthened and forged without neglecting ethnic identities and equal rights of ethnic communities.

What I mean by civic nationalism is that kind of nationalism which could unite all or greater majority of the citizens of a polity irrespective of ‘race,’ ethnicity, religion or any other such distinction. Any other such distinction can be language, caste or even gender. For this to happen there should be an enlightened creed or policy, enunciated by a strong multiethnic leadership, a party or a movement.

Ethno nationalism in contrast is that nationalism which divides people on racial, ethnic, religious or language lines and invariably strengthens caste or gender discrimination, depending on the country of concern. Most often ethno-nationalism is the product of primordial instincts and affiliations.

The distinction between civic nationalism and ethno nationalism was first made by Hans Kohn in 1940 when he wrote The Idea of Nationalism. One reason to make that distinction was the experience in Germany under Fascism. Kohn was of Jewish origin who had to flee Germany facing ethno nationalist violence and atrocities. As we all know, the German variety of ethno nationalism led to the Second World War that cost more than 15 million human lives and many other disasters.

The emergence of the two types of nationalism was also observed vaguely by Ernest Renan as far back as 1882 when he wrote Qu’est –ce qu’une Nation? (What is a Nation?). The reason again was the distinction between nationalism in France and Germany.

The French Revolution of 1789 is considered to be the mother of modern nationalism.

Civic nationalism has proved to be quite useful in achieving the vision of national unity (if not congruence) in many countries that have advanced economically, socially and politically. The natural advantage of being socially homogeneous is obviously rare in countries. Only around a dozen of countries might claim for the qualification today. These include the countries like Finland, Norway, Denmark, two Koreas, perhaps Japan and a few of Arabic or Latin American countries. Yet many of them are internally diverse or becoming increasingly multi-ethnic due to increased migration.

When the French Revolution declared the ‘nation to be the base of political sovereignty,’ the idea was to enunciate civic nationalism. The nation was conceived to be the people of all sorts including various minorities. The base of that kind of nationalism or civic nationalism was considered to be ‘the rights of man and the citizen.’ This is equivalent to the conception of today’s human rights. Whatever the distortions that Franceen countered after the revolution, the origins of civic nationalism could be traced to that revolution. It was the same by and large in Britain where civic nationalism prevailed over ethno nationalism.

In contrast, the origin of ethno nationalism was mainly Germany. The two thinkers who advocated ethno nationalism at the onset of the 19th century were Johann Fichte and Johann Herder. According to them, ‘people are eternally divided into nations.’ The ‘proof of this division is the language.’ The meaning that they gave to nation is equivalent to race or ethnicity. The nation is a collectivity. It is like the body. Nationalism is its sole. ‘A state based on ethnicity is the embodiment of both the body and the sole.’ This may sound rational and logical at first glance, but in practice or in essence it is insane and foolish.

The emergence of nationalism is related to modern socio-economic changes. In the process of modernization and nation building or one may say in the course of capitalist development, many countries both in the West and the East have zigzagged between civic nationalism and ethno nationalism.Sri Lanka is no exception. But the question is for how long Sri Lanka could afford to go along in this tortuous path with instability and uncertainty. In the case of Sri Lanka, it is not just a question of instability or uncertainty. Ethno nationalism on both sides has led to nearly 25 years of internal war with at least over 100,000 direct deaths, not to speak much of the other disasters like displacement and human misery.

In the development of national feelings or nationalism, it is somewhat natural for different communities in a multi-ethnic society to first focus on one’s own community in religious, ethnic or language grounds. Therefore, the appearance of religious revivalist movements amongst the Buddhists, the Hindus or the Muslims towards the beginning of the 20th century was quite natural, inevitable or even healthy. This was more so given the colonial circumstances.

One of the main vehicles of nationalism is the media – the print media in the context of the past. One predicament of the print media, however, is the language barrier. According to Benedict Anderson, ‘nation is an imagined community.’ This does not mean that nation is a fiction. But ‘nation’ is formed in a process of imagination or conceptualization. The print media plays a decisive role in this process and most often promotes ethno nationalism instead of civic nationalism. This may be understandable at the beginning. There was nothing particularly wrong in the publication of Sinhala Jathiya on the one side of the fence, and Hindu Organ on the other side of the same, at the beginning of the nationalist movement in the country.

Likewise, the formation of the Tamil Maha Sabhas or the Sinhala Maha Sabhas was understandable in the interim. But the failure of the Ceylon National Congress to be an overarching national organization could not be easily forgiven. At the beginning of the nationalist movement in Sri Lanka, then called Ceylon, there were a plethora of organizations based not only on ethnicity and religion but also on caste and region. All must have been inevitable given the context. But the failure was to forge a national organization similar to the Indian National Congress (INC) which could unite people and direct the country for independence. Even in India there were failings on the part of the INC.

There is nothing wrong in ordinary people having ethnic feelings in a multi-cultural society. But at least the leaders should be able to transcend them. Otherwise they are not proper leaders. The building of civic nationalism does not mean the eradication or suppression of all ethnic or religious affiliation or feelings. It means the transcending parochial or narrow ethnic or religious feelings for the greater good of all communities. Civic nationalism does recognize the importance of ethnic identity of the majority or the minorities, but on an equal basis. But there is no possibility of recognizing one or one against the other.

Sri Lanka has been lucky to achieve independence in one piece in 1948. This also shows the existence of some form of civic nationalism towards independence. The failure of the country, however, was its inability to continue and strengthen this path and the blame should go to the main two political parties, the SLFP and the UNP. Hans Kohn has opted to give an explanation on why ethno nationalism predominates over civic nationalism, if it does. His explanation is on class or economic lines linking the strength of civic nationalism to the existence of a strong bourgeoisie or a business class, and in contrast ethno nationalism to a weak bourgeoisie. This may have some relevance even in the case of Sri Lanka.

But in Sri Lanka one may find many other additional reasons such as the pre-modern social influences, distortions in the democratic system or the ‘dark side of it,’ or divide and rule policy of colonialism, to mention only a few. There is no question that the country also faced a vortex of problems at independence, some deriving from the colonial heritage. The issues of citizenship, official language, further decolonization and the need of an endogenous constitution were some of them. In addition was the question of how to divide the ‘small cake’ that we inherited.

While all these could have been resolved on civic nationalist lines strengthening unity, mutual understanding, equity and fair play, the leaders unfortunately opted to utilize ethno nationalism and its partial criteria to device public policy in post-independence Sri Lanka.

The blame should go not only to the parties of the majority community but also to the parties of the minority communities. There was considerable reluctance on the part of the Tamil leaders to cooperate on national policy and take mutual responsibility on national issues. Rights were claimed but there was no proper readiness to take responsibility. This was the predicament of ethno nationalism.

The question, however, is how to forge civic nationalism in the future while recognizing ethnic identities and their separate interests which are not detrimental to national unity. There is no possibility of de-ethnicising people whether they belong to the majority community or minority communities. There is no need for that either.

This may appear civic nationalism to be eclectic, but the issue is to select the necessary principles from a host of practically available sources. The most important might be to forge possible unity, solidarity and cooperation among the leaders of all communities to stand above ethno nationalism and to seek solutions on the lines and in strengthening civic nationalism. This is equally important to our discussions on restructuring of the state or constitution on the lines of devolution or federalism.