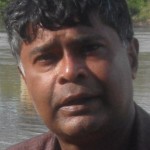 Enemies of the President’s Promise: Grumpy 2

So his attitude seemed to harden with the passing years. Also, sadly, even though he may possibly not have been ambitious himself, he seemed to see himself as the principal guardian of the victory the forces had won, with an obligation consequently to block the way of these who have been anxious to give more political powers to Tamil politicians. Even though, beneath threat from the LTTE, some of these had seemed to subscribe to the LTTE ideology, in reality most Tamil politicians have been moderates who have been relieved that the LTTE had been vanquished. They had been prepared to disavow terrorism as well as separatism, but they have been anxious to exercising political energy in predominantly Tamil regions, at least in terms of the Provincial Councils Act of 1987. But these who had been opposed to even that restricted devolution, on the grounds that it would inevitably lead to separatism, saw Gotabaya as their champion, and he came in time to articulate their views with increasing  assertiveness.

An intense instance of this came when, in 2013, with the President creating preparations to have the lengthy delayed Provincial Council election in the North, he declared publicly that it must not be held. Ironically, according to the President, he had been in favour of holding those elections a handful of years earlier, quickly after the war ended, which would have been a sensible move, and would have led to a greater result for the government. It was Basil then who had insisted on delay, on the grounds that his building programme would make sure far more and more assistance for the government. But by 2013, far more perceptive maybe than Basil about political realities in the area, possibly realizing also how he had contributed to increasing unpopularity, he came out strongly against having a poll. And normally this  occurred while a single of the more extreme coalition partners of the government, which was seen as close to Gotabaya, had introduced a Bill to amend the Provincial Councils Act so as to water down their powers. So powerful did this mixture appear, even although the evidence of elections had made it clear they had minimal common help, that it was feared the President would back down. 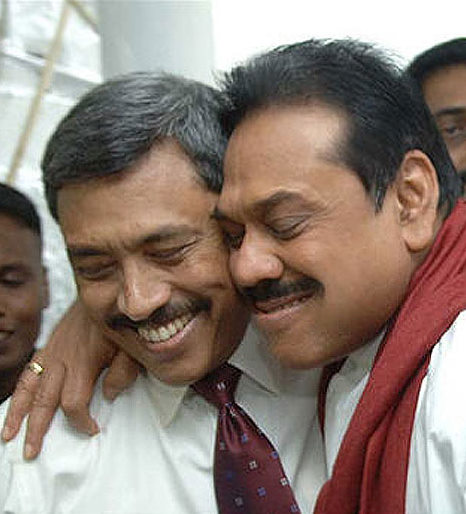 But he went ahead and elections have been held. The TNA won handsomely, with the determination of the Tamils to vote against government increased perhaps by what seemed sturdy arm techniques on the component of the forces against a candidate who was identified closely with the LTTE. She did remarkably properly, which may possibly properly have been predicted.

This tends to make one particular wonder why the forces ought to have got involved, and certainly it was so foolish an action, had been they the perpetrators, that a single wonders whether or not she herself had arranged the attack, provided that only she could advantage. Nevertheless there had been preceding situations of such folly on the portion of the forces, as when a meeting of the TNA had been attacked some months previously.

That incident was bizarre, due to the fact by the time the violence occurred the TNA representatives had completed speaking and left, and till then, they stated, what were clearly soldiers in mufti had behaved with restraint. When I asked the Jaffna District Forces Commander what had happened, he said that his orders to behave properly had been disobeyed, as a result of provocation by one of the later speakers, a Sinhalese member of a little radical celebration. But I could not comprehend why he did not then take forceful disciplinary action. Apart from the reality that soldiers must under no circumstances react violently against civilians unless they are themselves in grave danger, it was feasible that there were members of the forces who had no affection for the government, nor for Tamils (following the strategy of Sarath Fonseka ahead of his conversion), and they had no qualms consequently about aggression that could bring the government into disrepute. Government was only playing into their hands by refraining from disciplining them.

But Gotabaya seemed beyond such considerations, in what seemed wholehearted endorsement of what the forces did. Another instance of this occurred in Weliweriya, in the Gampaha District, where the forces opened fire on some demonstrators and killed a couple of young men. It was argued that the demonstrators had intended to provoke, which was doubtless accurate, but that did not clarify why the forces reacted as the provocateurs wanted. And even though Gotabaya granted that the incident was regrettable and required to be looked into, it was not apparent that disciplinary action was in fact taken against those accountable for undue violence. Certainly, as usual, the report of the inquiry that was held was not created public, nor any action taken on the basis of that report publicized.

Matters were complicated by the army insistence on secrecy with regard to such disciplinary proceedings. As a result, when the LLRC report came out, and the Army Commander appointed a Commission to look into matters it had raised, he kept the matter quiet. I told him that he should at least publicize the reality that an inquiry was getting performed, but he mentioned that was not their practice. Predictably, when a couple of months later he told an American envoy what was getting carried out, there was a newspaper report to the impact that, below American stress, an inquiry was being performed.

I utilised to think it was simply a foolish and unthinking adherence to British practice, that the British themselves had changed, which led to such secrecy. But I recognize also that this is an easy way of in fact avoiding critical action. If what is done is not produced public, then it is extremely easy to do nothing, or extremely small. Definitely there appears to be no proof that the forces have taken disciplinary action commensurate with obvious breaches, or have looked systematically into the abuses as to which, according to the LLRC report, there are credible allegations.

So Sri Lanka finds itself beneath continuing suspicion. Whilst I think we have to resist efforts to have international investigations (not least due to the fact the manner in which the Darusman Panel carried out itself leaves open to query both the motives and the methodology of those who will be imposed upon us), our internal investigations should be credible. This indicates that they need to be conducted not by the forces, but by an independent panel. That we have amply certified men and women for this goal is apparent from not just the LLRC (which those opposed to us said previously would be a whitewash) but from the Udalagama Commission which looked into the Trincomalee incident amongst other folks. The failure of government to publish the report of that Commission testifies each to the objectivity of the report and the incapacity of government to deal with anything that does not conform to its personal myopic perspectives.

In this regard Gotabaya Rajapaksa’s determination to defend his forces from any criticism, regardless of what they might have carried out, may possibly in the end prove decisive in ensuring the good results of the campaign to denigrate Sri Lanka and its government. This in turn will set the seal on the failure of the Rajapaksa government to market reconciliation within the nation and thus construct sustainable peace following its military victory. But Gotabaya would cite precedent for his intransigence, namely the approach of the Israelis, whom he sees as a model with regard to dealing with terrorism. Undoubtedly the new settlements that are getting introduced in the North, even if not as blatant and widespread as what the Israeli government has perpetrated in Palestinian lands, appear primarily based on the Israeli approach to making sure handle of a recalcitrant minority.

Gotabaya could cite precedent also for ignoring UN reports, given how the Israelis dealt with the Goldstone report. But the concept that Sri Lanka can perform as Israel does is preposterous, provided that we do not have the help of the Americans, who have created it clear that they will nullify any international criticism of Israel. And of course Gotabaya’s approach goes hand in hand with actions designed to alienate India, which might have supplied some sort of a shield against international condemnation, even if not as thorough a one particular as the Americans furnish Israel with.

This continuous jibing at Inda led most not too long ago for example to a far more than generally flagrant insult to India in a column by Shenali Waduge, who has turn into the commentator of choice on the Defence website. That, which was run by specialists during the conflict, turned into a loose cannon afterwards, dedicated it seemed to advertising the Secretary to the Ministry, whose public appearances and pronouncements had been offered prominence – quite unlike what had happened previously, when he had been content material to stay in the background. Then, a couple of years back, Shenali Waduge was found, and featured prominently, as she also is in government newspapers.

On this newest occasion the Indian Higher Commission had protested, and the write-up was removed. This was accompanied by an ‘unqualified apology’ and the claim that the article ‘had been published with out appropriate authorization and not reflecting any official position of the Government of Sri Lanka or Ministry of Defence and Urban Development’.

This is unlikely to convince anyone, not least because the report had been accompanied by a ridiculous cartoon, which was not the operate of Ms Waduge. And the reality that she, and those expressing related viewpoints, have been featured prominently on the website as effectively as in government newspapers, is not likely to have escaped the notice of the Indian government.

My attention had been drawn to this phenomenon a couple of years back by an Indian journalist who had covered the conflict, and whose balanced reporting had produced it clear that our forces had not behaved in the appalling manner they have been accused of. She expressed regret that the Sri Lankan government was so negative about India, and when I said I did not believe this was the case, she pointed out the a lot of articles attacking India that seemed to have official sanction. I did raise the concern subsequently when the management of the Related Newspapers of Ceylon appeared prior to the Parliamentary Committee on Public Enterprises, and asked if this was policy. To my relief I was supported by practically all other members of the Committee, no matter whether from government or opposition, although one mentioned that we had a proper to defend ourselves when attacked. But when I pointed out that the Indian government, far from attacking us, had supported us solidly in our fight against terrorism, he too granted my point.

The Secretary to the Ministry mentioned there was no policy at all to attack India, and later thanked me for the intervention and stated it would aid him to exercise some control. But he proved powerless, for the attacks continued. Clearly the influence of the Defence Ministry, and the Minister of External Affairs who took his cues from Gotabaya, was as well powerful for him. The sniping continued, and Shenali Waduge, joined in 2014 by Senaka Weeraratne who had worked at the Peace Secretariat but whom I had had to restrain because of his chauvinism, which was expressed with astonishing insensitivity, became the most publicized writers in government publications. Denying them following they had been provided excessive publicity was a foolish step. Some sort of remedial action is required, and it is to be hoped that Gotabaya, or the President if Gotabaya believes he can get away with this sort of behavior again, calls a halt to such effusions in state outlets.