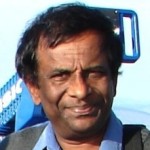 By far the most crucial problem for the constituents of Sri Lanka at the final week’s presidential election was about opening a pathway for the formation of excellent governance. Even so, just electing a new president does not develop good governance. A president and his/her government should enable, nurture and strengthen excellent governance by steadily institutionalizing political processes and advertising universal values that are intrinsic to very good governance. The new President, Maithripala Sirisena, and his revamped government have embarked on a journey with the proclaimed aim of establishing excellent governance, though some measures taken so far appear counter-productive and certain pronouncements appear rather utopian.

Nonetheless, I believe, we could contribute ingeniously to moving towards good governance – by engaging constructively, patiently and vigilantly – maintaining the momentum of all diverse forces that brought this unprecedented positive outcome for the individuals of Sri Lanka alive. What follows is a brief evaluation to see exactly where we are now ahead of we appear at the path ahead for reaching our aims.

Background of the election

The folks have taken component in the election campaign overwhelmingly and enthusiastically, though it was not totally totally free and fair, nor peaceful or democratic. Participation in the election was quite higher at 81.five percent. There was a substantial turn out by voters in the north. In spite of the partisan interpretation of final results by numerous groups with particular interests, this election can be deemed as the very first election since the 1990s exactly where a candidate was elected by the participation of the diverse spectrum of communities belonging to Sinhalese, Tamils and Muslims. The problems connected to ethnic or religious troubles, which had been dominating the elections since the 1950s, did not play a major part in this election.

Unfortunately, the election occurred in an environment in which multifarious hurdles have been laid against the campaign of the widespread opposition candidate. The Rajapaksa campaign was heavily racialist and abundantly financed. Almost all state resources which includes human, material, economic and media were utilised against the opposition campaign. One particular of the significant concerns impacting all other vexed troubles in Sri Lanka – the national question – was not discussed at all.

The opposition’s election campaign, which highlighted the incumbent’s authoritarianism, corruption, fraud, waste, household nepotism and politicisation and militarisation of civil administration seems to have been effective in urban regions, but not as efficient in the rural locations, especially down south. The election campaign of the UNP has been more organised, coordinated, and properly-oiled and more grass-roots based. The assistance the frequent opposition candidate received from Tamils and Muslims improved, due to the authoritarian and mono-cultural method adopted by the Rajapaksa regime to stay in energy.

This election outcome has been and will be analysed in a lot of diverse methods according to the planet outlook of the analyst (which includes myself), and whose interests and privileges that analyst is trying to safeguard. Currently many interested parties like pro-Rajapaksas and nationalists with some from the Sri Lankan left groups have tried to interpret the election outcome by means of identity politics. While the ethnic breakdown of the electoral outcome may be not-so-important, it should not be below-emphasised. The abolition of executive presidency and appointment of independent commissions are being offered priority at this presidential election. There were a lot of other concerns highlighted throughout the election campaign such as good governance, rule of law and democratic practices, fight against corruption, cost of living, employment opportunities, and far better access to healthcare and education etc. Those on the left also raised the problem of the need to address the national question, but it did not acquire a lot traction.

In spite of the assistance of the Tamil National Alliance in the North and East and the Sri Lanka Muslim Congress in the East and elsewhere, attributing the total election outcome just to ethnic or religious identity is an oversimplification. Although the overwhelming votes cast by the Tamils and Muslims of the North and East may have tipped the balance in favour of Maithripala Sirisena, the argument that the election outcome is in support of separatism or devolution of energy is misplaced, for the statistical breakdown of the election final results shows that 84% of the votes cast for Maithripala Sirisena came from the rest of the nation.

The Rajapaksa regime and its torch-bearers carried out a massive all island Tv and radio campaign primarily based on mono-cultural nationalistic and racialist propaganda. This could have influenced much more racialist thinking Sinhalese to vote for Rajapaksa, whilst much more Tamils would have been influenced to vote for the common opposition candidate. We are also conscious that some separatist groups and specific radical groups advocated boycotting the election. That was also an exercise of their bourgeois democratic proper. By carrying out so they efficiently forfeited their own democratic proper. They may possibly claim that they have collectively convinced about 20 % of the voters to stay away from voting, although this is disproved by the fact that this time there had been more men and women prepared to cast their vote in favour of one of the two key candidates.

I think the Tamil neighborhood wants to be applauded and welcomed for their participation in the election, in spite of the fierce propaganda of the pro-Rajapaksa elements of the preceding regime, and the constrictions placed on the opposition’s agenda of obtaining to keep the national safety status quo, and the unitary nature, sovereignty and territorial integrity of the nation. My conclusion is that given that the 1940s, this is the first election in the history of Sri Lanka, where ethnicity and religion did not play a major role in influencing the outcome of the election.

The President and the new Cabinet has assumed duties. Some secretaries have been appointed. The 100 day reforms plan has been launched. The greatest tips I could give to this new interim government, is that it should choose the ten most important issues pertinent to each and every department and Ministry, create appropriate policy calculi to address these problems and implement them. This will significantly help in creating the confidence of folks in the new President and the government. President, Ministers and Ministries need to have to take choices in consultation with every other in a participative manner. Deferment of considerable troubles or vacillation on decisive troubles could grow to be deadly for the future.

This is important because the Rajapaksas and Weerawansas will not stand idle. They have begun to spread the lie that they lost because of the voters in the north and east and the plantations. They are silent on the reality that they got portion of their votes because they had been able to use state sources to bribe, intimidate, frighten, and cajole some by raising the spectre of LTTE and separatism in the national psyche of the Sinhala Buddhist majority.

The Rajapaksa plot to keep in power utilizing the military and emergency laws was thwarted, thanks to the integrity of Elections Commissioner, Inspector General of Police and the Army Commander – to all of whom we are grateful. This anti-democratic behaviour demands to be provided ample exposure amongst the people and the suspects need to be charged according to the law. Some of the suspects in this regard have gone overseas, almost certainly with the tacit expertise of some bureaucrats, who have been directly helping them previously. Some of the prominent youth organisations who have been closely operating with Rajapaksas and at times with Nil Balakaya (Blue Corps) have been trying at all costs to paint a democratic picture of the Rajapaksa’s reign. When required in future, they will no doubt try to support resurrect the remnants of the Rajapaksa regime dressed up in democratic garments.

There have been a lot of criminal allegations against the Rajapaksa regime like the disappearance of journalist Prageeth Ekneligoda, disappearance of Frontline Socialist Party activists Lalith and Kuhan, assassination of Editor Lasantha Wickrematunge, the massacre of 17 help workers of Action Contre la Faim, the massacre of five higher college students in Trinco, and assassination of arrested criminal suspects mostly in Colombo. There are allegations to the effect that unarmed and peaceful civilians have been killed during strikes, peaceful protests and for the duration of the civil war. The Rajapaksa regime openly, unhesitatingly and flagrantly violated the election laws by employing violence, intimidation and bribery. Such criminal activities and offences require to be effectively and independently investigated and the perpetrators need to be brought to justice.

The new regime is taking its 1st baby actions in opening up a more democratic space for civil society to operate. Nevertheless, in the implementation of its one hundred day program just before going for the subsequent Common Elections, the new regime is getting forced to rely on at least some of the existing politicians, bureaucrats and systems of the previous autocratic regime. Obviously, this situation is not in favour of the anticipated journey towards establishing excellent governance and rule of law. The new President and the regime want to remain vigilant in this regard. Vacillation and marching time will be deadly and tantamount to committing suicide.

The non-violent regime change was mostly a outcome of the social discontent of the suffering masses of the nation like workers and peasants. The non-Sinhala communities have expressed their wish for democratic reform and a way forward to negotiate and resolve problems certain to their communities. If the hopes and expectations of these masses are not fulfilled, then the predicament will be conducive for emerging struggles. The initial step in the right direction will be for the new regime to take bold measures with the consent of the people to appropriately address such concerns in the extended term interest of the individuals and the nation.

In the meantime, the remnants of the former Rajapaksa regime will attempt their very best to resurrect the bogey of racialism and nationalism by resorting to the lowest levels of deception. This tendency and the autocratic and repressive nature of the Rajapaksa regime compelled numerous folks, groups and organisations to come forward and assistance the typical opposition candidate for overturning the autocratic executive presidential technique.

This unprecedented dynamic collective that was not involved in partisan politics, opened the doors for this change of direction. We need to have to maintain this momentum for modify alive, by means of sustaining the peoples’ desire for modify, so that any hesitation or vacillation on the part of the new regime can be prevented. Then the new regime will have no alternative but to implement what they have pledged during the election campaign. Regardless of the possibility of deferments and vacillations of the new regime, this social collective need to be much more organised, energetic and vigilant so as to maintain up its momentum for adjust lively.