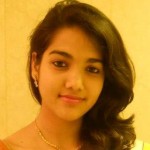 It comes as no revelation to anyone who has been following the Impeachment saga, the profundity of impact it has had on all the citizens of Sri Lanka, be it their unsatiated hunger for justice for the former CJ Shirani Bandaranayake or their bereaved hopes in the present Government. To proclaim that it has rocked and vitiated the very foundations of the country, wouldn’t have been better proven as the penultimate truth, than at an event ‘Law talk’, organized by the Law Students Association of Sri Lanka (LSASL) on the topic “Aftermath of the Impeachment: Its Constitutional Implications” on 22nd January 2013. It witnessed the participation of over sixty, from various legal and non-legal backgrounds.

The two guest speakers comprised former Chief Justice Mr. Sarath N. Silva, who as he phrased it, was ‘the lone survivor of an impeachment motion in the country’ and was accompanied by, Mr. S.L. Gunasekera, present Senior Attorney in the Supreme Court. The speakers focused on the domino effect the impeachment had brought forth in the very provenance of Justice and laws in the country, ‘The Constitution of Sri Lanka’ also including the, far reaching and uncringing ripples that it may have on the present and future force of the rule of law in the country.

Former Chief Justice unmasked the entire constitutional elements of the impeachment trial and shed light on some of the sections, which because of their inherent ambiguity became the very vulnerabilities that led to the severance of ‘clear notions of justice’ from impeachment process. He further added that guilty or not guilty, the very process of the CJ’s impeachment is one that has undermined the inherent checks between the three equal pillars of democracy, the legislature, executive and judiciary and has given birth to a precedent that will poison and chokehold the might of law and independence of Judiciary in the country.

Senior Attorney Mr. S.L. Gunasekara in contrast to Mr. Sarath’s pure constitutional law perspectives gave a profound picture of the rigmarole that the state of law and politics has become, as a consequence of this impeachment. He focused exhaustively on role power plays in being instrumental to such events crystallizing and how invariably politicization of all decisions causes weighing of political interests over one another, while the actual adjudication ought to be on the principles of “justice, equity and good conscience” and the consideration limited in its scope to only one which incorporates the affects the aforementioned decisions on its citizens.

The floor was later opened to the house to ask questions to be answered by the speakers, which saw fruitful engagement of students on various themes like right to fair trial, the appointment of the new CJ and the future of the laws in the country to name a few.

To conclude, the event ended on a bittersweet note, because although every participant had gained far more awareness and insight from the Law talk, yet that awareness came at the cost of having to fathom the reality of the country in which we live. The reality being a divergence, from the vision of a free and fair country we all foresaw and of Sri Lanka being known worldwide as a great and powerful nation that respects democracy and all its citizens. However, to rephrase what Mr. S.L. Gunasekera said at the end of his speech, the might of public opinion is far more powerful that any arm-twisting by the government. So long as the people resist injustice or raise their voices on fora like the ‘Law Talk’, then change can still come. To add my own two piece of wisdom from the ‘Law talk’ the epiphany of it all could be summed as following, that, Democracy dies not by the hands of a power-ridden government or a corrupt judiciary or a prejudiced parliament, but by the silence of all its citizens.

* Paridhi Singh is presently working with the Attorney General’s department as a part of the United Nations Development project called “Access to Justice” and is pursuing BA.LLB. integrated law course in Jindal Global Law School, India.