Is the President in a dilemma?

Current media reports hinted that President Maithripala Sirisena is in a dilemma regarding the forthcoming parliamentary elections. Is he? A quite short reply to that question is an emphatic “no he isn’t”. His position as the President of Sri Lanka is secured for the subsequent four and a half years. If he does not concentrate in contesting a second term, he has no obvious political calamity in sight. To adjust the deep-rooted, abhorrent political culture of Sri Lanka he may possibly need to have the assist of like-minded individuals. Nonetheless, he can do it on his personal if he intends to do it. If the king practises Dasa Raja Dharma, other individuals would invariably stick to, they have no decision! Only if the king urinates standing, the followers do it running. 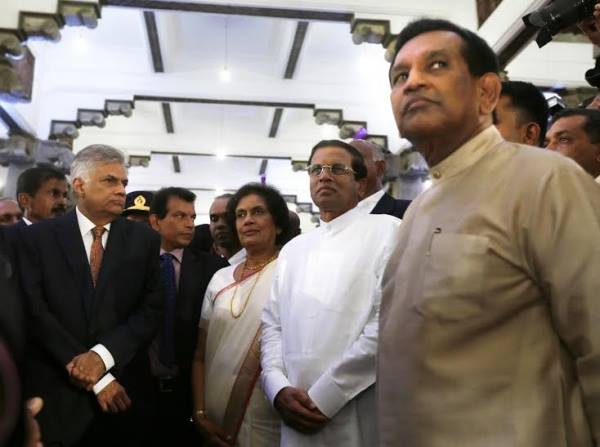 Is the UNP in a dilemma?

Yes it is. Former President Mahinda Rajapaksa’s premature Presidential election tactic backfired. Opportunism is not a virtue! Some components of the UNP claim that 80% of the votes cast in favour of Maithri at the recent Presidential election were the UNP votes. This is misleading. A mixture of several variables contributed to the victory of MS. The mixture was the UNP, all minority parties, a section of the SLFP, the folks who have been fed up with the corrupt governance who sought a alter and so on. The false belief emanated from the benefits of the Presidential election has led the UNP to be convinced that it can win on its personal. This has created a dilemma inside the celebration whether to go alone or to contest as a united front. If the celebration decides to be opportunistic it can backfire the same way it backfired on MR. The country needs a great bunch of men and women to rule it irrespective of which party they belong to. The UNP has to be mindful of that.

Is the SLFP in a dilemma?

Yes it is. The defeat of MR has not taught a lesson to the majority of the SLFP MPs. They have selected to ignore the truth that MR was defeated for the factors that his persona was corrupt, nepotistic, cunning and egocentric, his governance was inefficient and ineffective and his politics had been destructive and divisive. They have not realized that parliamentary elections are different from the Presidential election that the voting pattern can be influenced by extremely many external elements. The insistence on bringing back Mahinda is understood by correct minded folks as a signifies to keep away from indictments and to retain corrupt practices since MR allowed all that to happen during his reign. The dilemma of the celebration is whether it is wise to get rid of all these who are clamouring for the return of MR and go along with a new breed.

President Maithripala Sirisena has the greatest chance to alter the destructive, stale and undesired political culture of Sri Lanka. Being the head of the SLFP he has the authority to make changes inside the celebration. Creating drastic modifications to an current entity on his personal is a frightening prospect. In this case he has the backing of the former President Chandrika Bandaranaike who is the daughter of two former prime Ministers. Her father was the founder of the SLFP. It is foolish to write off the help for the Bandaranaike name inside Sri Lanka at any provided time. In addition he has the assistance of some brave politicians who rocked the MR boat at the preceding election.

Failing to contest the parliamentary elections as a united front of the individuals who fought MR at the election, MS must make his personal list for the SLFP candidates. That list must exclude Mahinda Rajapaksa, Basil Rajapaksa, Chamal Rajapaksa, Namal Rajapaksa, Mervin Silva, Duminda Silva, Johnston Fernando, Sajin Vass, SB Dissanayake, Muthuhettigama, and all other people who are known to be criminals. Also exclude everyone who actively participated in the campaign to bring Mahinda back.

When a drastic alter is produced, it would wake the men and women up, provoke their thoughts and ignite their rational faculties. Individuals have shown that they can distinguish among very good and evil and they will no doubt recognize that the change has been produced for the better. Fortune favours the brave. President, you must not be an additional Ambanwela Rala who let Rajasingha II, the killer king, go unscathed when he overran Rajasingha’s palace in Kandy and finally paid with his life for the folly. For that reason, go for the kill!