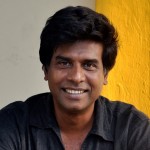 The self-immolation of Ven Bowatte Indraratnana Thero raised many questions.  Whatever the late Thero’s intentions may have been, it is unlikely that ‘media ethics’ or lack thereof was something that prompted the horrifying act.  That, however, is what we are left with.

The action or rather inaction of those who may have been able to prevent the tragedy, especially the journalist who was ‘in the know’ has spurred much debate on what really constitutes ‘responsibility’ for people in the media industry.

At panel discussion on the subject organized by the Sri Lanka Press Institute, a young journalist Tharaka Basnayake, had asked the following question: ‘How does citizen journalism fits into codes of ethics since almost all the mainstream media outlets encourage citizens to capture whatever they desire and with regard to Indrarathana Thero’s self-immolation, most of the ordinary citizens were busy capturing the action with their mobile phones (against their conscience)?’

The question is simple: ‘Is the journalist’s duty to capture spectacle or whatever is newsworthy as per the dictates of professionalism or react humanely to a situation where choice of action/inaction can make a different between life and death?’  Put another way, ‘Can there ever be guidelines to inform a professional when to drop professional garb and when to put on larger humane clothing?’

It is something we can talk about forever.

The Government has found it fit, under these circumstances, to come up with ‘ethical guidelines’ for journalists.  The Government has been fittingly lampooned in the press for the presumptuousness of the exercise, given the fact that politicians and state media personal have hardly covered themselves in glory on account of ethical behavior.

The humor, however, should not stop with the Government or the State Media or even journalists in general.  ‘Ethics’ is a rare commodity, so rare that rather than rarity resulting in high value it has reverted to the other extreme in valuation: nothing.   Ethics is talked about.  It is scripted into professional oaths.  It is tossed into advertising copy.  It is almost as though the word would make palatable any excrement as such is dished out by the corporate world or by professional entities.  All it takes is to say, ‘we are ethical’.  But are we?

This is the age of the spectacle.  This is the era of instant gratification. By omission or commission this world has either embraced or resolved to submit to Mr. Spectacle.  All that glitters may not be gold, but glitter fetches a better price than ethics in the market, let us acknowledge.  Even crap that is glitter-clothed or worse, glitter-labeled, let us add!

Is he who demands honor, himself honorable?  Is she who demands ethical behavior herself ethical in her behavior?  Who are the saints here?  The truth is that ‘ethics’ cannot be legislated.  They cannot be advertised.  In short there’s no market for ethics.  That’s the brutal fact that is being ignored in the debate.

Today’s market is full of goods and services deliberately marked with planned obsolescence; things are made to break (sooner rather than later) with adequate caveats in the small print regarding warranties to insure the vendor.  And what’s good for refrigerators, laptops, mobile phones and iPods is good for the media too.  It works.  Stories are re-invented.  A women jumps into a well with a baby and the media shares the savory details in a way that prompts another depressed individual to execute a copy-cat jump that will continue to keep the media in business.  One story is crafted in a way that a follow-up story will result.  So what’s new?  What’s ‘unethical’ about it?  It’s just business as usual in the 21st Century, isn’t it?

The question can be asked, ‘isn’t this how it always was?’  Yes, there were always neethi (laws) and there were always reethi (customs).  The difference is that in times gone by, the latter prevailed over the former.  The latter drew from an ethical template.

Still, that fact alone is not enough to settle for ‘business as usual’.  Self-regulation begins with self, it goes without saying.  We, the media, as a tribe, are but one part of society and can claim rightful share to its glories and resolve to own up to its shame.  We could play safe and say ‘let’s see you go first!’ but that’s cop-out option.

We cannot get anyone to pay for even a tiny advertisement pleading ‘Let’s be ethical’.  We can but be ethical, as per our sense of right and wrong, regardless of professional dictates (which too, let us not forget, are for the most part ‘owned’ by corporate prerogatives).

Pettah Wholesale Traders’ Association vice chairman Nihal Seneviratne said 90 percent of Sri Lanka’s onion requirement is imported from India and imports from other origins would be more costly.
India on Monday suspended exports of onions, a key food staple, after prices of the vegetable soared, adding to the government’s inflation woes.

Sri Lanka might be forced to import from sources like Pakistan, China, Egypt and the Netherlands, Seneviratne told Vimasuma.com, our sister news website. “Pakistani onions are not as good as Indian onions and they spoil quickly,” he said.

“To ship onions from China takes about a month and requires use of a refrigerated container. Therefore, onion imports from these countries will invariably be more expensive than from India.”

Even if the government reduces a 10-rupee a kilo import tax on onions retail prices cannot be reduced under present conditions, Seneviratne said.

Stocks of onions in the Pettah wholesale market were running low and Indian exporters had even taken back cargoes of onion already loaded on ships, he said.

Prices of onions grown in Sri Lanka’s northern Jaffna peninsula as well as leeks are likely to rise.

Sri Lanka imports 4,000-5,000 tonnes of onions a week from India which supplies about 60 percent of the world requirements of onions.>> Full Story

Dec 19, 2012 (LBO) – Sri Lanka’s tourist arrivals which rose 16.five percent to 883,353 in the eleven months to November 2012 from a 12 months earlier, has outstripped that of Maldives which welcomed 866,310 tourists up only 2.four percent. Sri Lanka has seasoned a tourism boom since the finish of a war in 2009, whilst the Maldives has seen political turmoil and also a far more up market place model dependent on Europe

Hazardous milk powder sneaks into SL market
However, Chairman of Pelawatte Dairy Industries (Pvt) Ltd., and Mawbima Lanka Foundation, Ariyaseela Wickramanayake claimed these tainted milk powder products may have found their way to the Sri Lankan market. Among milk powder available in the …
Read more on Nation on Sunday