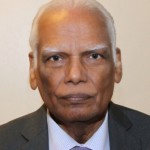 Shivshankar Menon, National Security Adviser of India, visited Colombo from 8 – 9 July, 2013 to participate in the 2nd NSA-Level Meeting on Trilateral Cooperation on Maritime Security between India, Sri Lanka and the Maldives.

Although security conference was the main purpose of Shivshankar’s visit, he also took the opportunity to convey India’s concerns about attempts made by the Sri Lankan government to dilute 13 A by robbing provincial councils powers over land and police. 13A came about through the Indo-Lanka accord in 1987. India is insisting that the 13A was part of a joint agreement and any changes being made should be first discussed by both countries.

At present, Provincial Councils have certain powers over State land. Under paragraph 1:3 of Appendix II of the Thirteenth Amendment, alienation or disposition of State land within a Province to any citizen or to any organisation shall be by the President but only on the advice of the relevant Provincial Council. It may be recalled that in the case filed against the former President, Chandrika Kumaratunga, for transferring state land to Water’s Edge Golf Company, one of the grounds on which the Supreme Court bench headed by Chief Justice Sarath Silva held that the transfer was illegal was that the advice of the Western Provincial Council had not been given. The Government is now considering deleting the requirement of advice and also taking back many other land powers devolved.

The government now wants to amend Article 154 (G) 2 and 154G (3) of the constitution that sets out the procedure for making any amendments to the provincial council’s list of powers. If this is affected, it would make devolution completely meaningless and a mockery.

Article 154 G (3) is similar to 154G (2); it deals with the Provincial Government List. It is couched in the same mandatory and prohibitive language as Article 154 (G) 2.

After holding talks with the government, including President Mahinda Rajapaksa, National Security Advisor Shivshankar Menon is apparently returning home empty handed like others before him. The government is in no mood to give any concessions although President Mahinda Rajapaksa during and after the war promised full implementation of 13 A plus. However, he never spelt out what 13 A plus means. While domestically playing the “patriotic card” he continues to dupe the countries that helped him to win the war against the LTTE on devolving power to Thamil people.

Now a concerted campaign of disinformation is carried by the Sri Lankan government to create a fear psychosis among the Sinhalese about provincial council system that has been in existence for 26 years. The LTTE spectre is also resurrected by ultra-Sinhala chauvinists who claim that a Northern Provincial Council controlled by the Thamil National Alliance (TNA) will lead to separation. And what Prabhakaran failed to secure Thamil Eelam through bullets the TNA will do so by the ballots. It is also claimed that the Provincial Council system is a white elephant. All these objections are raised only after the government was forced to conduct elections for the Northern Province Council after a lapse of 23 years!

Hard-line Sinhalese racists also claim that Sri Lanka was forced to sign the agreement under duress without consulting the people (read Sinhalese) following dropping of dhal bombs over Jaffna by the Indian air force fighter planes!

Both during and after the war ended India has repeatedly stressed its expectations that the Sri Lankan Thamil community would lead a life of dignity, as equal citizens. And India would make every effort to ensure the achievement of a future for the community marked by equality, justice and self-respect. But those expectations appear to be in ruins.

According to news reports Mahinda Rajapaksa categorically told Shivshankar Menon that he will proceed with his own agenda. He has told Menon the Parliamentary Select Committee PSC) will deliberate on the proposed amendments, if any and he will abide by the recommendations of the PSC. As for his earlier promise to implement 13 A fully, he said that promise was for the people (read Sinhala) and not for India, UNO and the international community.

In the meantime Mahinda Rajapaksa’s sibling Gotabhaya Rajapaksa, Secretary to the Ministry of Defence and Urban Development, has spoken his mind in an interview to the government mouth piece the Daily News. Unlike others he does not mince his words. He has rejected devolution and wants the total abolition of 13 A, of course for the wrong reasons. Below is some extracts from his interview:

“…It is nothing but true and correct that in the North and East there must be the same percentage of the majority community. When 78% of this country comprises Sinhalese how does such a vast landmass in the North become 98% Thamil? Isn’t this unnatural? This was forced. Natural growth was prevented.”

“…No I don’t believe in devolution because of the above points I mentioned. If devolution is for administrative purposes that is of course legitimate. But if one thinks that devolution would provide an answer to the national problem that is something that I don’t agree with…I think that’s [the complete repealing of the 13th amendment] the way forward…”

“This again I see as a reaction to some of the claims and things done by the minorities. We shouldn’t let these things come out. Remember the majority community is 78% but if some 8% or 10% of the community tries to bring various issues all the time it creates a suspicion among the majority community. It creates insecurity within the majority community and obviously there will be sections reacting to that. This is what happened…” (‘I Deplore Any Form of Extremism’, Daily Mirror July 4, 2013)

In any other country the open exhibition of such blatant racism by any state functionary would have earned him outright dismissal. But, in Sri Lanka Gotabhaya Rajapaksa is adored as a Sinhala hero by Sinhala extremists! The UNP has openly accused him of financing outfits like the Bodu Bala Sena.

Gotabhaya Rajapaksa in his much publicised interview is openly calling for the structural genocide of the Thamil people. Racists like Gotabhaya Rajapaksa are unable to stomach the domination of Northeast by Thamils and Muslims who together form more than 80% of the population. Gotabhaya Rajapaksa wants to change the demography of Northeast. It is he who is behind the accelerated Sinhala colonization of both the North and East, especially the Northern province. To carry out his genocidal grand plan the functioning of the Northern Provincial Council is an obstacle. Hence his call for the total abolition of 13 A.

Mahinda Rajapaksa has stacked the PSC with his puppet Ministers who have openly made statements in support of diluting 13 A. Those Ministers who were against truncating 13 A have been left in the cold. That includes Tissa Vitarana who chaired the All Party Conference (APC) Rajitha Senaratne, Vasudeva Nanayakkara and SLFP strongman and MP Reginald Cooray. These Ministers boldly called the move to dilute 13 A a blatant attempt to scuttle devolution and assert Sinhala political hegemony over the people of the North.

The PSC is being boycotted by all the main opposition parties – the UNP, the JVP and TNA.  Even some of the partners of the UPFA coalition like the LSSP, CP and the Sri Lanka Muslim Congress (SLMC) are opposed to the exercise. Now, the PSC is largely a cabinet subcommittee of ‘yes men’ appointed to rubber stamp changes to 13A.

The UNP has decided against joining the Parliamentary Select Committee since the government had not clearly set out its stand on the future of the 13th Amendment. Unlike in the past UNP is taking a principled stand on the ethnic issue. It wants full implementation of 13 A.

J.R. Jayewardene is called an old fox for his cunningness. But, Mahinda Rajapaksa is more cunning than J.R. Jayewardene. After finishing the LTTE with Indian arms, radars, intelligence, training etc.  he is now biting India’s hands! He thinks he does not need India’s help anymore since China is at his feet! He has signed a defence agreement with China and apparently he perceives India as the enemy country.

It will be interesting to see the next move by New Delhi. India cannot keep on parroting the mantra that “Thamil community should lead a life of dignity, as equal citizens, and India would make every effort to ensure the achievement of a future for the community marked by equality, justice and self-respect” without concrete action.

It is time India acts decisively and backs words with deeds.  Soft diplomatic approaches, mostly behind the scenes engagements have failed to domesticate Mahinda Rajapaksa. He is determined to follow his own agenda to impose Sinhala hegemony over the Thamil people and reduce them to the status of third class citizens.

There are many options open to India. One option is to announce boycott of the CHOGM scheduled to be held in Colombo in November this year. That will send a message to Mahinda Rajapaksa that India means business. It can also take over Kachchatheevu ceded to Ceylon in 1974. It must be very clear to India by now that Sri Lanka never understands sane advices.

Prime Minister Mrs. Indra Gandhi understood the mindset of Sri Lankan politicians and read the riot act. But, sadly her successors have failed to follow her bold diplomacy and no nonsense foreign policies.

On July 05, President Mahinda Rajapaksa has issued a proclamation reconstituting the Northern Provincial Council. He had asked the Commissioner of Elections to hold elections for the Northern Provincial Council. The Commissioner of Elections has fixed July 25 – August 01 for receiving nomination and election is likely to be held in September 27, 2013.

As I write the TNA has not nominated its candidate for the post of Chief Minister, but ex-Justice C.V. Wigneswaran is likely the choice. (This article was written two weeks ago)

Mahinda Rajapaksa true to form will use the entire government machinery to win votes. The Sinhala army is already engaging itself in canvassing votes for the ruling party. Appointment of graduate teachers put on hold for years is taking place now. In June this year 1,300 Samurdhi Development Officers have been recruited for all districts in the Northern Province. One hundred Samurdhi Development Officers selected for Jaffna District were given appointment letters by Namal Rajapaksa who is the unofficial MP for Kilinochchi district. A few IDPs also will be resettled in their homes during coming weeks. Other carrots will also be dangled before the voters. However, these gimmicks on the part of the ruling party are bound to fail. There are thousand reasons for Thamil voters who live like slaves under a military dictatorship to vote against the openly racist government. They have been treated like dirt by the Sinhala army of occupation. Their self-respect, dignity and fundamental freedoms have been flagrantly violated.

As stated above, JR was called a wily old cunning fox, but Mahinda Rajapaksa is more cunning than his predecessors. The UNO let him go scot free not once but twice! Not only did he benefit from LTTE’s unofficial boycott to win his election, but also finish the LTTE with Indian help!  Now that he has signed a defence agreement with China, Mahinda Rajapaksa calculates he does not need India any more!